Home » Angelina Jolie Arrives In LA With Her Kids

Welcome home! Angelina Jolie was spotted arriving at LAX with her kids Pax, Shiloh and Zahara on Wednesday March 2rd, 2016. 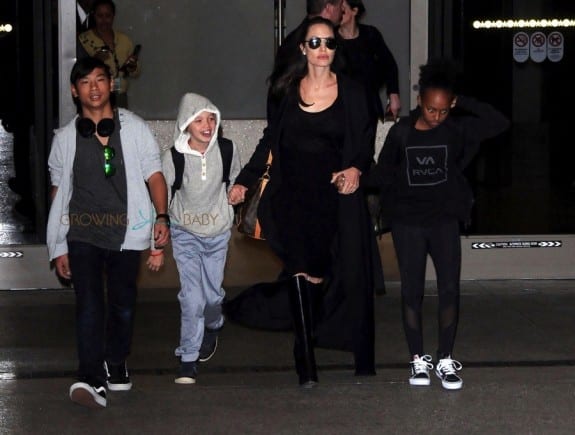 The actress, who was dressed in her signature head-to-toe black, walked hand and hand with her girls as they exited the terminal. 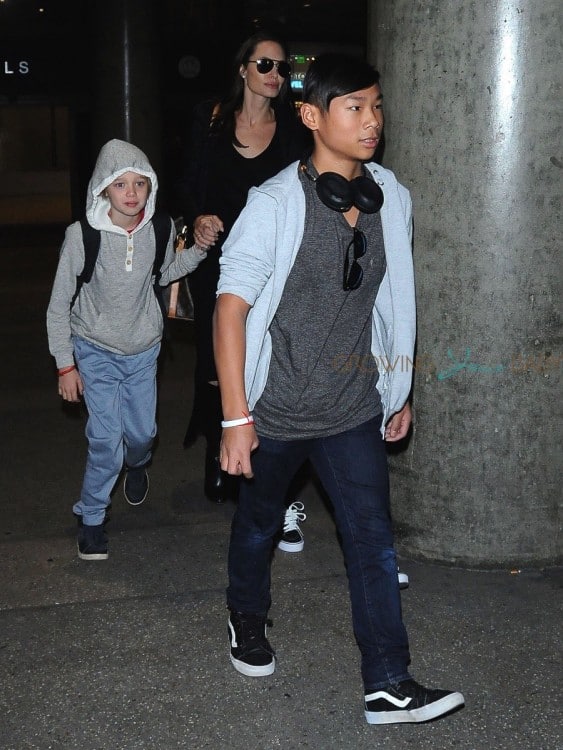 The family is returning home after 3 months in Cambodia where Angelina filmed her upcoming Netflix movie, First They Killed My Father.

They reportedly made a quick stop in London to visit dad Brad Pitt, who is busy filming(and producing) the sequel for World War Z.

The Jolie-Pitts are expected to live in London for the next 6 months while Brad works on his movie.  The A-list couple is looking to buy a house in the Big Smoke, but haven’t had any luck finding one that suits their family’s needs.