Home » Angelina Jolie Arrives At LAX With Her Whole Crew!

Angelina Jolie was spotted arriving back home in LA with children, Maddox, Vivienne, Pax, Zahara, Shiloh, and Knox on March 17, 2017. 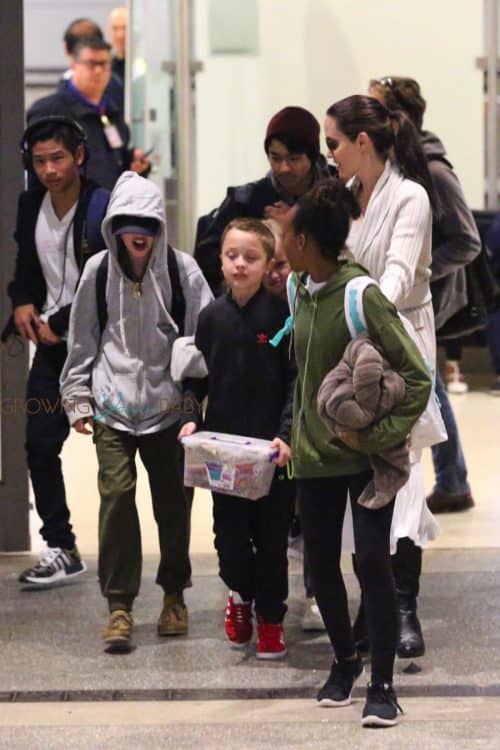 It’s rare to see the actress out with all of her children.  Often she travels with just 2 at a time. 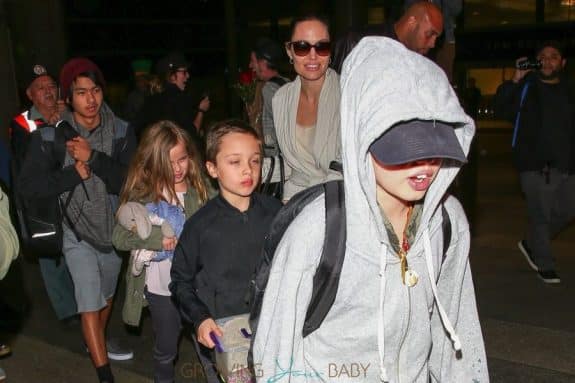 The family was in London  while Angelina spoke at the London School of Economics as part of her new role as visiting professor.

The actress and UN special envoy has agreed to teach a minimum of one lecture in the one-term master’s course.

While across the pond, she and son Maddox reportedly took a private of Buckingham Palace.

Angelina famously split with husband Brad Pitt last year after just two years of marriage.   Despite some animosity shortly after their separation was announced, the pair has found common ground.

During an interview with Good Morning America she told host George Stephanopoulous Brad was a wonderful father and they “will be stronger when we come out of this, because that’s what we’re determined to do.”