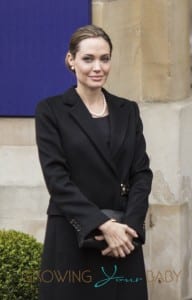 Breast cancer is the second leading cause of cancer death among women. In the United States alone, the American Cancer Society estimates there will be a total of nearly 300,000 new breast cancer cases in 2013. They also estimate that nearly 40,000 U.S. women will lose their battle to cancer. With statistics as scary as this, it’s not hard to understand why some women are taking preventative measures to lower their risks of female cancers. Angelina Jolie, one of the most dominating screen actors in existence, shared her experience and why she made the choice to undergo an elective, preventative double mastectomy.

“My mother fought cancer for almost a decade and died at 56. She held out long enough to meet the first of her grandchildren and to hold them in her arms. But my other children will never have the chance to know her and experience how loving and gracious she was,” Angelina wrote in the opinion pages of The New York Times. “We often speak of ‘Mommy’s mommy,’ and I find myself trying to explain the illness that took her away from us. They have asked if the same could happen to me. I have always told them not to worry, but the truth is I carry a ‘faulty’ gene, BRCA1, which sharply increases my risk of developing breast cancer and ovarian cancer.”

Medical science has linked the presence of the gene BRCA1 to an increased risk of breast and ovarian cancers. Doctors can now use a simple blood test to determine if a woman has the gene. The testing can’t tell for certain if cancer will develop, and “only a fraction of breast cancers result from an inherited gene mutation,” Angelina said. But the risks were high enough that she felt preventative measures were needed – not just to save her own life, but to give her children more security and time with her.

“My doctors estimated that I had an 87 percent risk of breast cancer and a 50 percent risk of ovarian cancer…Once I knew that this was my reality, I decided to be proactive and to minimize the risk as much as I could,” she said. “I made a decision to have a preventative double mastectomy. I started with the breasts, as my risk of breast cancer is higher than my risk of ovarian cancer, and the surgery is more complex.” 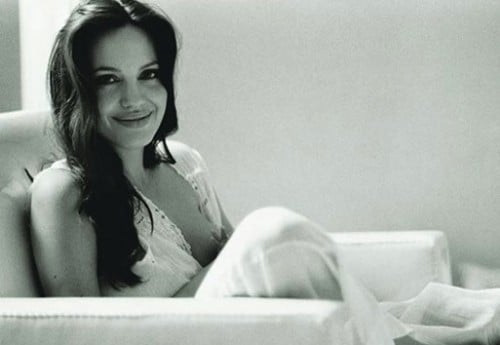 The complex process would take Angelina three months to complete. First, doctors would perform a “nipple delay,” a procedure that checks for disease in the breast ducts behind the nipple. Two weeks later, she went in for the removal of both breasts, an experience that she likened to a “science-fiction film.”

“The operation can take eight hours,” Angelina said. “You wake up with drain tubes and expanders in your breast. It does feel like a scene out of a science-fiction film. But days after surgery you can be back to your normal life.” 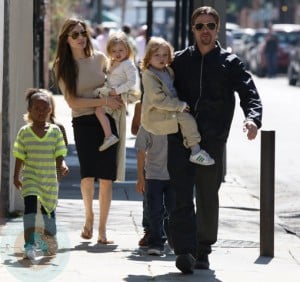 Nine weeks later, implants went where her own breast tissue had once been and she received total breast reconstruction. From beginning to end, she had her partner, Brad Pitt, by her side. And though the entire process – decision to completion of the surgery – was difficult and even painful at times, she says that she and Brad are even closer now than they ever were.

“I am fortunate to have a partner, Brad Pitt, who is so loving and supportive,” she said. “So to anyone who has a wife or girlfriend going through this, know that you are a very important part of the transition. Brad was at the Pink Lotus Breast Center, where I was treated, for every minute of the surgeries. We managed to find moments to laugh together. We knew this was the right thing to do for our family and that it would bring us closer. And it has.”

And, at the end of it all, she says she couldn’t be happier with the results or her decision.

“I wanted to write this to tell other women that the decision to have a mastectomy was not easy. But it is one I am very happy that I made. My chances of developing breast cancer have dropped from 87 percent to under 5 percent,” she said. ““There have been many advances in this procedure in the last few years, and the results can be beautiful…On a personal note, I do not feel any less of a woman. I feel empowered that I made a strong choice that in no way diminishes my femininity.”

And according to Angelina, the children feel the same way; she’s still Mommy, just with a better chance of being around in the years to come.

“I can tell my children that they don’t need to fear they will lose me to breast cancer,” she said. “It is reassuring that they see nothing that makes them uncomfortable. They can see my small scars and that’s it. Everything else is just Mommy, the same as she always was. And they know that I love them and will do anything to be with them as long as I can.”

At first, Angelina had endured the knowledge of her risk and her decision to alter them in private. But after enduring the entire process, she realized that other women may be able to learn something from her experience, and it may even give them the very same sense of security that she and her family now have.

“I am writing about it now because I hope that other women can benefit from my experience. Cancer is still a word that strikes fear into people’s hearts, producing a deep sense of powerlessness. But today it is possible to find out through a blood test whether you are highly susceptible to breast and ovarian cancer, and then take action,” Angelina said.

“I chose not to keep my story private because there are many women who do not know that they might be living under the shadow of cancer. It is my hope that they, too, will be able to get gene tested, and that if they have a high risk they, too, will know that they have strong options. I want to encourage every woman, especially if you have a family history of breast or ovarian cancer, to seek out the information and medical experts who can help you through this aspect of your life, and to make your own informed decisions.”

“Life comes with many challenges. The ones that should not scare us are the ones we can take on and take control of.”