Home » Angelina Visits The Market With Vivienne, Pax and Zahara

Angelina Jolie was photographed coming back from the market in New Orleans this morning after picking up the paper and some snacks with three of her children; Pax, Zahara and Vivienne. 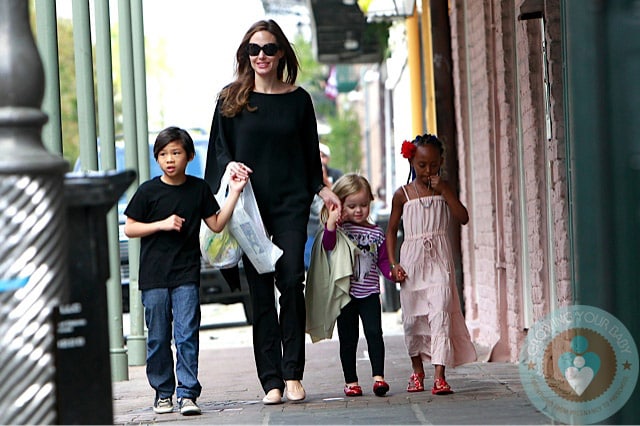 The family, who has a home in the French Quarter, have been in the Big Easy for the last few days while Brad promoted his housing project ‘Make It Right NOLA’ and the star studded ‘A Night To Make It Right’ event to raise money for the organization.

Shortly after their stroll, the whole Jolie-Pitt crew packed up and headed to the airport where they boarded a plane headed for lord knows where.

The family is never in one place for very long and often accompanies which ever parent is filming to the production location.  Next up, Angelina will play the famous fairy-sorceress ‘Maleficent‘, which will begin filming in June.