Anna Faris and husband, Chris Pratt, were spotted on a family outing with their now one-year-old son, Jack Pratt, at the farmer’s market in Studio City, California this Saturday. 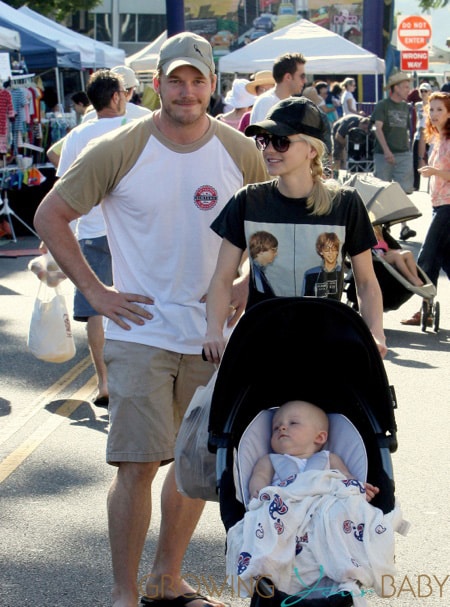 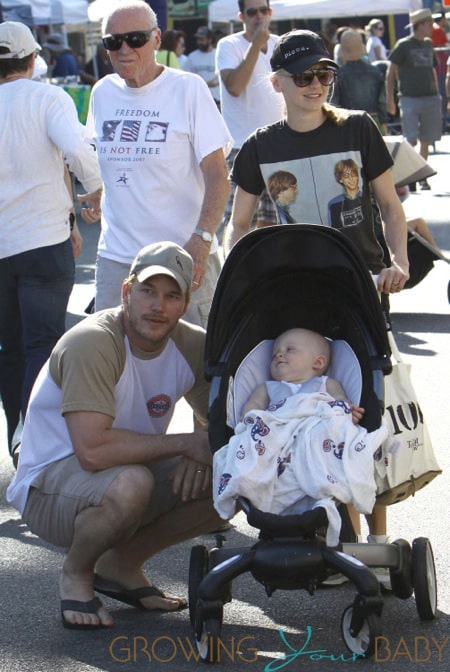 Wrapped up in Aden + Anais Swaddle,  Jack (who was born prematurely last year) was all smiles as Parks and Recreation star, Chris, stopped to chat with him. And despite his premature birth, Jack seems to be happy, healthy and growing rather well.

“He’s great…he’s getting to that adorable stage where he makes funny noises and lights up when you walk in the room,” Anna told E! News back in May. “He has a weirdly huge head.” 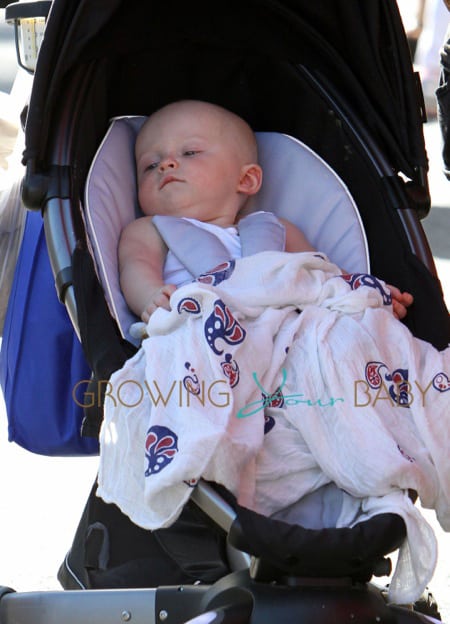 Anna recently gushed about how great of a dad Chris is.

“Chris is an amazing dad. He really is,” Anna had told US Magazine back in June. “He feeds that baby almost every morning so I can sleep in…It’s very sexy to watch him be a dad!”

“I love being a mommy so much! Sometimes I get up in the middle of the night to watch my little angle sleep.”

Anna will star in the new CBS sitcom, Mom this fall. The show has been predicted to be one of the network’s strongest rookie comedies with Nate Corddry, French Steward, Sadie Calvano, Blake Garrett Rosenthal, Matt Jones and Spencer Daniels as co-stars.