Anna Paquin was in mom mode on Thursday while out shopping with her 10-month-old twins Charlie and Poppy in Los Angeles. 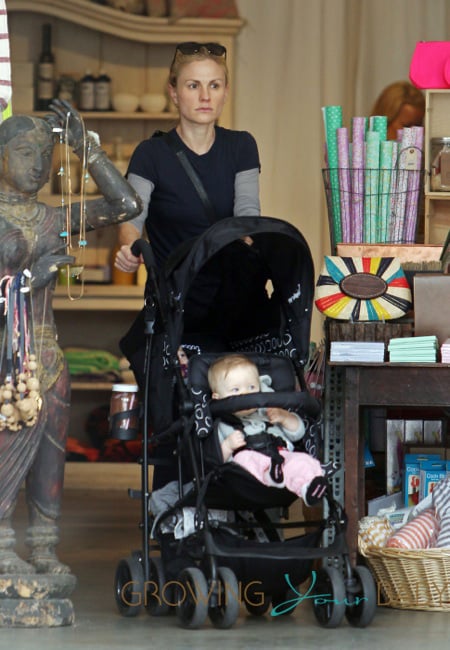 The actress, who currently appears in the 6th season of True Blood, kept Poppy close in an ERGObaby Carrier while Charlie peeked out from the back seat of the Kinderwagon HOP stroller. 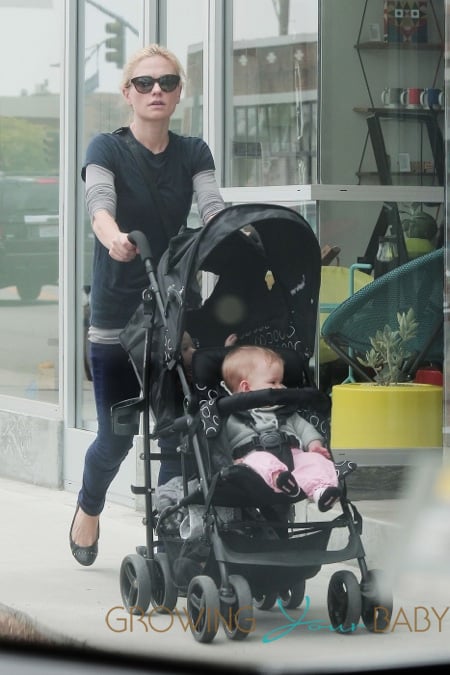 Anna also plays Katie, a single mom suffering from postpartum depression in “Susanna”. Becoming a mom, she said, gave her a better perspective of the issues the series tried to address, even if she did not suffer from them herself.

“These are the kind of things that should be talked about more openly,” Paquin explained. “It’s a really detailed and beautifully written portrait.”

“It’s hopefully the kind of thing that will make people feel like they can discuss this kind of stuff more openly,” she said. “As an actress, I’ve found that there’s not an enormous amount of really interesting material for women that’s not sappy and sentimental. What Jon and others have done by putting a creative emphasis on female stories, if possible written by females and driven by women, I think that’s really amazing.