The outing marked the first time the actress has hit the red carpet since confirming she was expecting her first child.

Anne was cute in a printed March Jacobs minidress, which she paired with black ankle-strap Miu Miu heels.

Anne spoke to People.com about the importance of the child-centered cause.

She added, “I truly think that St. Jude represents the best of us and deserves our full support always.”

Soon the couple will welcome their first child.  Other than posting a photo of herself on vacation, Anne has been mum about the pregnancy.

She and Adam, however, have been spotted out in LA shopping for furniture.

While no due date has been revealed, it has been estimated that the baby will arrive in June.  Our guess is that she will deliver in April. 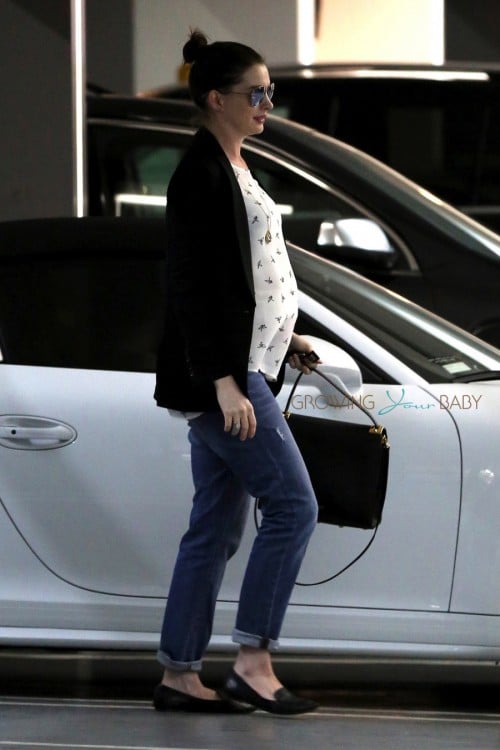