Home » Antibiotics May Not Be Needed For Ear Infection

In the Sept. 13 issue of JAMA, The Journal of the American Medical Association researchers reported that giving parents the option of delaying treatment meant far fewer kids ended up taking antibiotics with no significant increase in complications.

The study saw that almost two-thirds of the antibiotic prescriptions written to parents urged to delay treatment never got filled. 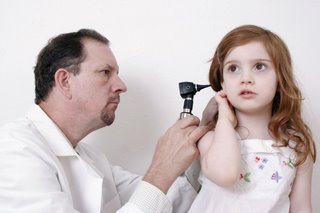 Meanwhile, roughly nine of 10 children whose parents were not given the special instruction to “wait-and-see” ended up taking antibiotics.

Ear infections are the most common reason for antibiotic use among U.S. children, with 15 million prescriptions written annually.

Antibiotic resistance is a growing worldwide public health concern that has been spurred by the widespread overuse of the drugs.

“In this country, 96 percent to 98 percent of physicians treat ear infections immediately with antibiotics, even though most cases will resolve on their own without treatment,” David M. Spiro, MD, MPH, tells WebMD.

Spiro and colleagues from Yale and Vanderbilt University conducted their study to determine if parents would accept a “wait-and-see prescription” approach to antibiotic treatment when their children had ear infections, and whether the approach would reduce antibiotic use.

The study included 283 children between the ages of 6 months and 12 years with ear infections treated at an urban hospital emergency department.

Children were not included in the study if they had another infection such as pneumonia, were severely ill from the ear infection, were hospitalized, had ear tubes or a ruptured ear drum, or had received antibiotics within the prior week.

Roughly half the studied children received prescriptions for antibiotics with no special instructions.

The other half also received prescriptions, but parents were asked not to fill them unless the child was either “not better, or worse” after 48 hours.

All the children were given free bottles of ear drops for pain and liquid ibuprofen, which was a very important part of treatment, Spiro says.

If you want your child to feel better and sleep through the night, the answer is not antibiotics; it is analgesics,” he says. Analgesics are pain-relieving drugs.

Well over half the parents advised to delay antibiotic treatment (62 percent) ended up not getting their child’s prescription filled, compared with just 13 percent of parents who were not given the special instructions.

Some reasons parents in the wait-and-see group did fill the prescriptions were fever (60 percent), ear pain (34 percent), and fussy behavior (6 percent).