Home » Are Designer Babies on Their Way?

Reprogenetics, a world leader in the field of embryo screening is considering a move into the Canadian market; setting sights on embryo-screening labs in Toronto and Montreal.  This comes in conjunction with new technologies that allow scientists to scrutinise every chromosome of an embryo for abnormalities.  This is raising fears that science is advancing faster than policymakers can keep pace. 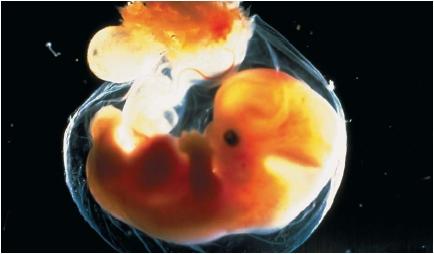 Dr. Roger Pierson, director of Reproductive Biology Research at the University of Saskatchewan says, “We desperately need a national think-tank on how we’re going to accept or reject or implement the changes that are coming.”

“We’re still worrying about, ‘Do we disclose the identity of sperm donors?’” says Pierson.  “We haven’t caught up with the old yet, let alone have the foresight to go into this coming world with the depth that we need to.”

Presently, embryonic screening is used to select viable embryos for use in IVF treatments.  Testing allows medical staff to exclude embryos with abnormalities that could result in devastating illness or disability and to select the embryo that is most likely to transfer successfully.

But, research is uncovering embryonic or fetal origins to almost every adult disease.  In time, we may be able to screen embryos for early-onset heart disease or Alzheimer’s disease and other ailments.

Pierson believes that, as the field progresses, parents will likely be able to select “more refined traits,” like musicality or scientific ability.

“Then,” Pierson says, “we start getting into much more delicate territory.  The territory is, you design what you want.”

It isn’t possible yet, but Pierson says, “it’s a little closer than most people think.”

Dr. Santiago Munne, founder of Reprogenetics, feels these fears are unfounded.  “I don’t have any problem with perfect babies.”

Munne points out that many of the traits that lead to so-called designer babies are not found on a single gene, but are multi-genetic, “meaning we would have to analyze many genes just for that trait – thousands of embryos would be needed for that.”

It seems to me, that embryonic screening has the potential to save thousands of would-be parents a lot of heartache.  But, by the same token, it raises some questions.

If you take for granted that a species changes and becomes stronger based on adaptations that start out as anomalies; is it not possible that, by selecting only those embryos that are “normal,” we will miss out on the anomalies that could lead to adaptations that make our species stronger?  Something to think about…- Jen R, Staff Writer