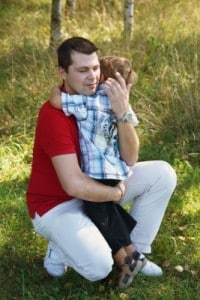 Joint custody arrangements grant both parents an equal say in the parenting decisions made regarding a child. However, up until recently, most states have traditionally favored the mother and granted her more parenting time than the father. She would generally receive physical custody while the father would receive every other weekend visits. But all of that is starting to change. Some states are trying to even out parenting time among divorced couples. Arizona is the most recent state to make a change in their laws to reflect these new goals.

“We are moving away from the every-other-weekend custody arrangement or Mom automatically being named the custodial parent,” Mesa family law attorney Billie Tarascio told Seattle PI.

Arizona’s new law, which is set to take effect Tuesday, will require the courts to adopt a plan that provides each parent with the maximum time possible with a child. Judges will be forbidden to give one parent preference based on gender of the parent or the child. But the new law isn’t just for the courts; parents that try to delay court proceedings or are caught lying to the court will now be fined. Previously, fines for these actions were optional. And parents will now have stricter requirements on reporting moving.

While Arizona is among the minority at this time, they are not the only state to adopt laws such as this one. In fact, some states, like Florida, Pennsylvania and North Dakota have more stringent laws on parenting time allotment. In these states, each parent must receive at least 40 percent of parenting time – this is a big jump from the every-other-weekend visitation arrangement where parenting time for the non-custodial parent equaled about 20 hours per week.

And then there are other states in which legislature has considered evening out parenting time, but not all government leaders are there yet. For example, the Minnesota Legislature passed a bill earlier this year that would give the non-custodial parent at least 35 percent of parenting time – which would be up from the current 25 percent – but the governor vetoed the bill.

Some advocates for mother’s rights have resisted the bill, and even the Arizona Coalition Against Domestic Violence opposed it at first. Their concerns are that more children will be exposed to abuse and domestic violence. However, after some changes were made to the law, some of the resistance died down. Still, the organizations say they are still watching the effort closely to ensure that children aren’t being further exposed to an abusive parent.

This is a very real and very valid concern. It makes it even more important that victims file reports immediately after abuse happens. Without court documentation, there is no proof that abuse is happening inside the home. Without proof, judges cannot accurately protect children who are at risk. However, for families in which children are safe and loved by both parents, the change may actually end up being a good thing – as long as parents can find a way to make joint parenting about the child.