Ashlee Simpson and Pete Wentz got right into the sandbox with baby Bronx at the park in Beverly Hills yesterday. 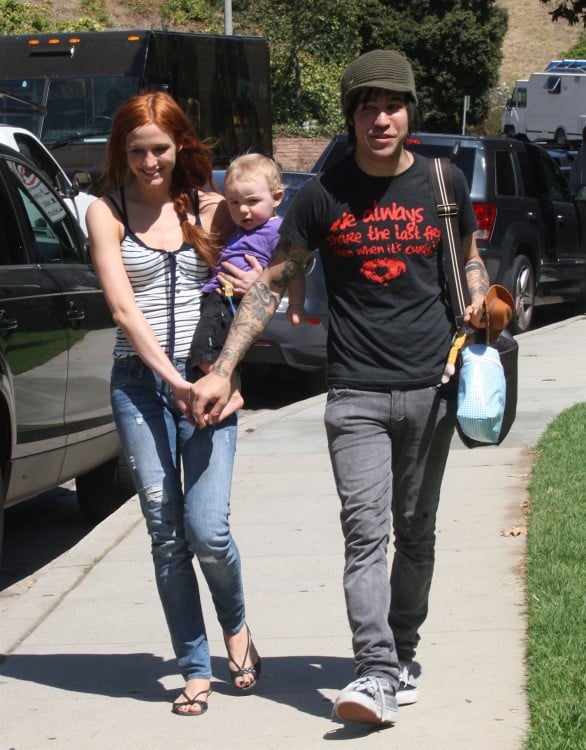 The 24-year-old Melrose Place star, recently revealed that yoga helped her bond with Bronx while she was pregnant.

“Your body is changing, and it’s such an amazing time to feel that connection. I did prenatal yoga, which was a nice way to mellow down and focus on me and Bronx. Being pregnant was the healthiest I’ve ever been in my life. Except for the cupcakes!”

Ashlee enjoyed being pregnant, adding it gave her valuable time to adjust to the way her life was changing.

She explained to Redbook magazine:

“I’ve grown up so much. The great thing about being pregnant is that you have nine months and it really does prepare you.

“Being a mom’s so empowering and incredible. I’m one of those people who believes that life brings things to you at a certain time for a certain reason, and if you just go with it, that’s where the best moments come from.”