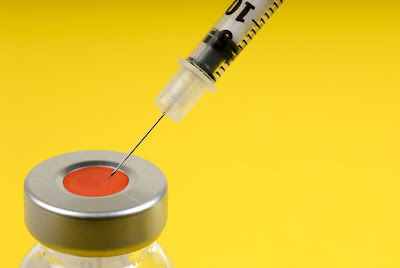 Authorities are still searching for a Sydney couple who are in hiding after refusing to have their newborn baby vaccinated against hepatitis B.

Doctors say that the baby, who is four days old, runs a high risk of contracting it unless he is immunised within days because his mother has had the virus for several years.

Even though The New South Wales Department of Community Services has taken out a Supreme Court order to force the parents to immunise their child, it has been ineffective because they have been unable to locate the couple.

The parents of the newborn believe the illness can be managed more effectively than any potential damage from the vaccine.

They believe that the aluminium in the vaccine could cause the baby more damage than contracting hepatitis B.

The baby’s father, who is seeking an injunction against the court order, was adamant the family would stay on the run indefinitely.

One of the doctors who alerted state authorities to the couple’s refusal to have the baby vaccinated, Professor David Isaacs from Sydney’s Westmead Children’s Hospital, said yesterday that the child’s rights were being ignored.

“If you do not immunise a baby in this situation, you’re putting that baby’s life at risk,” he said. He went on to say that if a baby gets hepatitis B at birth he or she will become a chronic carrier of the virus.

“About a third of those chronic carriers will die young from cancer of the liver or cirrhosis of the liver … this is a horrible disease,” he said.

Police won’t say if the parents would be charged once they were found. “It’ll be something that’ll have to be assessed once that child is located,” New South Wales Assistant Police Commissioner Frank Mennilli said when asked by reporters.

These parents are probably scared because there has been some speculations that Autism and the hepatitis B vaccine are connected.

This, plus it has been found that there is alarming number of newborn and infant deaths following the injecting of the hepatitis B vaccine just hours or days after birth.

Mercola has a great article about this subject. It is worth a read if you are pregnant.