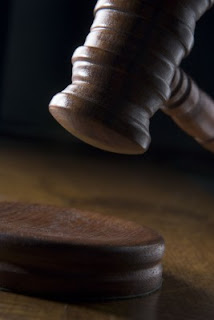 A woman in Adelaide, Australia has turned to the courts to protect her title as ‘Mummy’.

The woman, who is referred to in court documents as Ms Klement, objected to her daughter’s use of the terms ‘Mum’, ‘Mummy’, or ‘my other Mummy’ when referring to her stepmother. Ms Klement took the point to Family Court, where she argued that her ex-husband was encouraging their daughter to call his new wife, ‘Mum’ and that his new wife was presenting herself, publicly, as the child’s mother. Further, she argued that this was an attempt to replace her as the child’s mother and to undermine her role.

The stepmother denied that she was misrepresenting herself as the child’s mother. Never-the-less, Ms Klement was “adamant that the child should only call her Mum.”

Out of concern for further litigation, the court did not order that the child discontinue use of the name ‘Mummy-D,’ but expressed the hope that the child would be encouraged to grow out of the term and instead, refer to her stepmother by her first name.

This dispute, between the couple, has been ongoing from the time the child learned to speak. Her parents separated when she was only four-months-old. It has been the only dispute the couple has been unable to resolve without court intervention and has been a president setting case in Australia. – Jen R, Staff Writer.