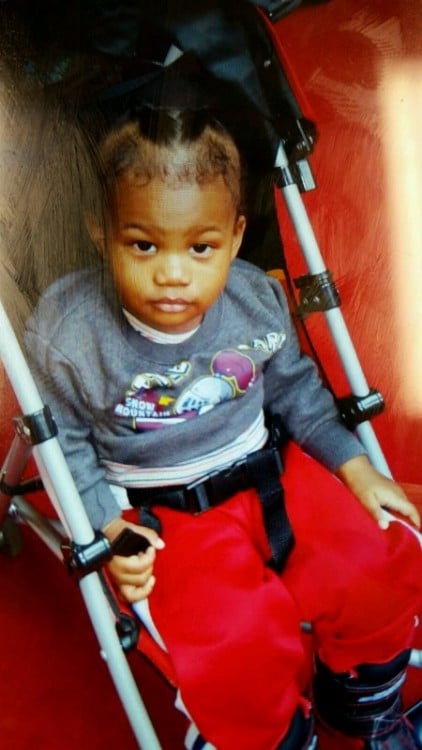 UPDATE January 1st, 2015: The Columbus Dispatch reported today that Columbus police found Cameron Beckford’s body on Wednesday in a backpack that was partially submerged in Big Walnut Creek on the East Side.  The autopsy of the 14-month-old will be delayed at least one day because his body is too frozen.

Although police have said Cameron’s death is a homicide, no one has been charged in his killing.

ORIGINAL ARTICLE: It seemed odd to authorities in Columbus, Ohio, when a local woman phoned in to report her 6 year-old daughter missing. Her story was rife with inconsistencies, and they quickly learned that the woman never mentioned her 14 month-old child, who was also missing. The toddler is still nowhere to be found, and is now being presumed dead, after more news has surfaced about a domestic violence situation that occurred, but was previously kept from authorities.

The Columbus police department received a call Monday afternoon at approximately 3:10 p.m from Dainesha Stevens who was reporting her six year-old daughter missing. She said that she hadn’t seen her daughter since Christmas eve, when she left her daughter with a friend of a friend, so that the child could celebrate Christmas. In the phone call to police, Stevens alleges that the family did not want to return her daughter, saying, “I just met these people. They seem like nice people but now that they don’t want to give my daughter back, I just don’t know what to believe about them. I’ve been trying to get her back from the people. They won’t tell me any information about her. They won’t give her back to me.”

Detectives were dispatched to a local restaurant at the Easton Town Center, where they met up with Stevens. It was then they began to realize that something was off about her story, and that another child was also involved. Stevens told detectives that she had left her Maryland home in order to visit a friend of her’s in Columbus, Ohio. Her two children came along for the trip. While the six year-old girl was located at a home in the Hilltop neighborhood within an hour of police speaking with Stevens, her son, 14 month-old Cameron S. Beckford, hasn’t been seen in over a week.

Sargent Rich Weiner, a spokesman for the Columbus Police Division said, “There were inconsistencies in her story.” Authorities now believe that little Cameron is not likely alive. Stevens is being charged with endangering her children and tampering with evidence. She currently resides in the Franklin County jail. 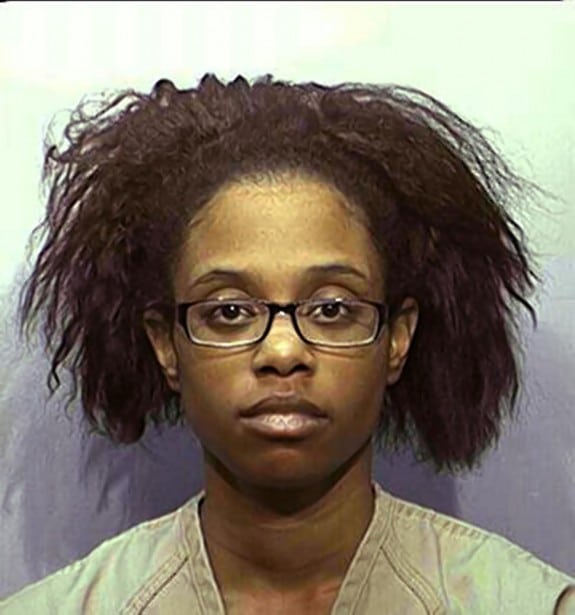 Court papers say that Stevens endangered Cameron when she failed to protect the child as he was “violently” and “repeatedly” spanked at the home of her friend. The papers go on to say that the spanking that Cameron received “caused layers of skin to be removed from the child’s buttocks.”

Stevens is being charged with tampering with evidence because authorities say that she allowed the child to be removed from the location of the assault “to conceal the whereabouts of the victim.” Authorities are calling the incident a possible homicide. While police were not available to comment last night on exactly who assaulted Cameron, or the exact cause of the child’s death, papers state that the toddler was injured on December 22 – a week before Stevens contact police. They say that the tampering with evidence happened on December 27, approximately five days after police say the child was injured.

In Steven’s initial story, she said that she dropped the boy off on a stranger’s porch because she could not care for him. Authorities spent the whole day yesterday searching the Big Walnut Creek area near Livingston Avenue, near the home of the stranger the child was reportedly dropped off at. Police have taped off the house to further investigate. The man living in the home has not been charged with Cameron’s disappearance, but was in the Franklin County jail on an unrelated misdemeanor charge.

In her exchange with the emergency dispatcher on Monday, Stevens states that she left Maryland because of a domestic violence incident, and was living with an old friend in the town of Columbus.