Home » Autism Definition May Have Less Impact than Previously Thought 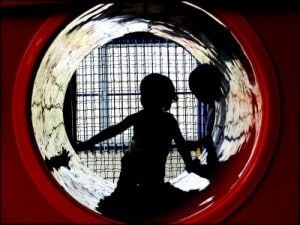 Several months ago, an expert panel appointed by the American Psychiatric Association proposed updating the definition for autism in the Diagnostic and Statistical Manual of Mental Disorders – the bible of psychiatric disorders. Since that time, there have been many heated debates and many concerned parents, particularly those that have children on the higher end of the spectrum. That concern quickly turned to panic when researchers found that an estimated 45 percent of children currently on the “autism spectrum” would no longer be able to meet the criteria. A more recent study contradicts this theory, however.

“What I would say to families worried about the new criteria is that they’re more open-ended than the old ones,” said Catherine Lord, the senior researcher on the study and director of the Center for Autism and the Developing Brain, a joint project of New York Presbyterian Hospital, Weill Cornell Medical College, Columbia University Medical Center and New York Collaborates for Autism. “So it’s very important to find a clinician who understands them, and who is not rushed when making a diagnosis.”

According to Dr. Lord and her colleagues, there will still be children who no longer qualify, but the estimated amount is thought to be less than 10 percent of all children who would have qualified for the diagnosis previous to the changes set to take place in May 2013. This conclusion is based on what is said to be the largest analysis of its kind to date.

For the study, Dr. Lord and her colleagues analyzed the case files for 4,453 children who had received an autism diagnosis under the current criteria. This means that they had to exhibit six or more of the 12 most common behaviors linked to autism (absence of social bonding, language delays, lack of or intermittent eye contact, etc.). The team then used the new criteria to determine if these children would still qualify for a diagnosis. This meant that they needed to have three deficits in social interactions and at least two in “repetitive behaviors,” a category that also includes hypersensitivities and fixations.

“Simply put, we found that the new criteria are quite effective at identifying most children with autism across all levels of functioning and across males and females,” Dr. Lord stated.

Unfortunately, Dr. Lord’s conclusion may not ease the debate or the minds of parents who have children on the higher end of the spectrum.

Dr. Fred Volkmar, director of the Child Study Center at Yale University School of Medicine was the lead author on a study on the same subject earlier this year. Results from his study were dramatically different. He says that it is possible that the discrepancies between the two studies may be rooted in the amount of data available, but he points out that there could be another reason behind it as well.

“What they report is impressive in scope and magnitude, but it is using meticulously characterized cases with what are probably very experienced clinicians,” Volkmar said. “The problem is one of moving this to the real world outside of academic centers.”

Out here in the real world, many of us know just how different the art of diagnosing can be from one clinician to the next. It took until my son reached the age of 10 to find a pediatrician that was even willing to have my son tested for autism. His explanation on why no one would listen before when I asked? If you don’t know what you’re looking for with a high-functioning child, you’re likely to miss it altogether. So, at least based on my own experiences, it may not be any more difficult to get a diagnosis with the new criteria as it was the old one. Of course, time will only tell for certain.