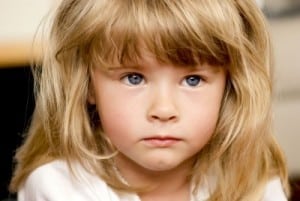 If you thought the number of children diagnosed with autism was high, wait until you hear the new figures. According to the Centers for Disease Control (CDC), the numbers have increased from 1 in 110 children on the autism spectrum to 1 in 88. For boys, the figure is even higher – 1 in 54 eight-year-old males are said to fall somewhere on the autism spectrum. These new figures indicate an increase of 23% over the last 4 years.

As of right now, experts are unsure as to why there is an increase in autism cases but they suspect that increased awareness, better diagnostic testing and other factors, like environmental, may all play a part.

Marc Weisskopf, epidemiologist and associate professor at the Harvard School of Public Health strongly believes that environmental factors are playing a role in the increased cases of autism throughout the country – so much so that he is currently studying a possible link between air pollution and autism.

“There are plenty of other reasons to avoid chemical toxincants, but we can’t yet pinpoint whether one of these is a culprit in this rise,” Weisskopf said.

Autism Speaks, an advocacy group for autism in the U.S. says the reason for the increase is important, but also stresses that the increasing number of autism cases should send a message, loud and clear to the government, families, physicians and schools; a message that we need to start doing something different.

“Clearly we have a national emergency, and clearly, we need a national plan,” said Mark Roithmayr, president of Autism Speaks. “It’s time for us as a nation to see these numbers for what they tuly are, and for us, as a nation, to commit to doing much more than we’ve done for the date.”

Included in the national plan, Roithmayr says there should be:

Roy Richard Grinker, anthropology professor at the George Washington University in Washington isn’t surprised by the increase in autism cases. His 20-year-old daughter is on the spectrum and he says that the increasing numbers don’t necessarily reflect more cases, just that more children are actually receiving services.

Grinker may be at least partially right; the new figures were reached by evaluating the number of 8-year-olds receiving services for an autism diagnosis in each state.  Unfortunately, determining who deserves services may be changing very soon, and a lot of parents are concerned.

To be diagnosed anywhere on the autism spectrum, children must display impairments in the areas of social skills, communication and the ability to shift focus from one thought, task or idea to another. Children may or may not perform repetitive motions, such as hand-flapping or rocking. Other “quirks” may also be noticed, such as concrete thinking, “obsessive collecting” or narrow interests, impairments in imaginative thinking or extreme meltdowns.

Currently, the autism spectrum includes three major categories: autism, Asperger’s and Pervasive Development Disorder – Not Otherwise Specified, or PDD-NOS. This is about to change, however, thanks to some recent considerations in how the various types of autism may be impacting the diagnosis and treatment of each child. Experts say that the diagnosis change may end up removing some of the higher functioning children from the autism spectrum which has many parents concerned, especially those that need services. It may, however, create a decrease in the number of children being diagnosed each year with ASD.

Another current issue is that children on the autism spectrum are being diagnosed later, rather than younger.

“Unfortunately, 40 percent of children in this study aren’t getting a diagnosis until after age 4,” said Coleen Boyle, director of the CDC’s National Center on Birth Defects and Developmental Disabilities. “We are working hard to change that.”

I saw this very same circumstance with my own son. We received his diagnosis just last week at the age of 10. A late diagnosis can create many complications for the child: parents that don’t understand why their child is experiencing such difficulties in certain areas of their lives, frequent overstimulation at school or daycare (which can lead to a meltdown) and unmet educational needs.

Furthermore, studies have shown that earlier is better when it comes to intervention and treatment for autistic children. Many autistic children, particularly those that are on the higher end of the spectrum, are able to learn the skills they need to work around their disability so they can better function within society.