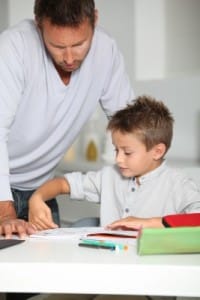 Autism is a condition that can cause social, behavioral, and communication problems. It is currently estimated by the U.S. Centers for Disease Control and Prevention that 1 in 110 children have autism in some varying degree.

Currently, children are screened for autism at their pediatricians’ office at 18 and 24 months, per the recommendations of the American Academy of Pediatrics. The goal is to reach children early enough that early intervention can take place if a child is at risk for autism. Monday, Canadian researchers published an article that questions the current approach.

According to the study, “Good screening tools and efficacious treatment is lacking. None of the autism screening tests currently available has been shown to be able to fulfill the properties of accuracy.” The authors, cerebral palsy experts at McMaster University in Ontario, stated that they want to “help improve the outcomes for the children’s lives” by “find[ing] the children who truly have autism and find ways to help them.”

Autism specialists, however, stand behind their current system. They are, in fact, puzzled at the conclusions drawn in the paper and concerned that it may have negative ramifications on the lives of children that may have autism.

Geraldine Dawson, the chief science officer for the Autism Speaks advocacy group stated that, “by screening for autism at an early age, children are able to begin intervention as soon as possible. Studies have shown that early intervention results in significant increases in cognitive and language abilities, and adaptive behavior, and gives children the best chance for a positive outcome.”

Dr. Patricia Manning-Courtney also had some feedback on the paper stating that it goes “against the experience in this field.” She also stated that she has “never, ever met a family that regretted being told their child may have symptoms – not a single family” but that parents of older children report that they “wished they were listened to sooner.” And, according to Manning-Courtney, a misdiagnosis is harmless to a child that doesn’t have autism.

Manning-Courtney also addressed the fact that the report could be misinterpreted by many, especially insurance companies. Since the report stated that “efficacious treatments are lacking,” insurance companies may start declining the therapies that are offered to children with autism. These are expensive and, if not covered by insurance, few families will be able to afford them.

Dr. Charles Cowan, the medical director of the Seattle Children’s Autism Center agreed with Manning-Courtney and worries that the report dismisses the research and recommendations of those that specialize in the field. He acknowledges that, while “more research is needed” it “does not negate the benefit of screening.”

Cowan stated that the recent report failed to mention “landmark” studies. Cowan mentioned, in particular, a study that indicated that toddlers, as young as 18 months, that received intensive therapy were able to effectively increase IQ, social interaction, and communication skills.

Doctors and pediatricians are finding more than just autism during the early intervention screenings, according to Dr. Paul Lipkin, the doctor that chaired the committee that recommended the 18 and 24 month screenings. Through this screening, they are able to catch a wide range of other developmental issues early on. The early intervention screenings are not taken as a diagnosis either. Doctors combine them with continuous surveillance. This was not mentioned in the research paper.

Dr. Jan Willem Gorter stated that the research paper was not specifically referring to these types of screening. Their main recommendation was against population-wide studies, like the one recently conducted in South Korea.

The South Korea study results were published in the American Journal of Psychiatry. It suggested that, out of 55,000 12-year-old Korean children, 1 in 38 had autism. Some experts, like Gorter and his colleagues, believe that the screening may have encompassed a wide range of developmental delays that do not include autism.

The CDC told CNN last month that they were considering a study similar to the one done in Korea. However, no such study is currently in process in the United States. So, what did the research paper really intend to do?

According to Gorter and his team, their goal is to “help improve the outcome for the children’s lives.” They are in hopes that the “debate would lead to an action.”