Congratulations are in order for Autumn Reeser and Jesse Warren. The couple is now celebrating the arrival of their first child – a baby boy! 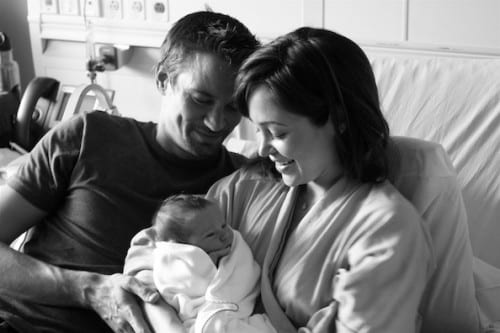 Jesse made the announcement on his Twitter soon after the arrival on Tuesday night, but an official tweet announcing the birth was made on Wednesday.

Finn Warren was born on Tuesday, and he came into the world weighing just about seven pounds, according to the proud dad. Jesse said the following via his Twitter about the arrival:

Autumn has a personal blog that talks family and her pregnancy journey called movelifestyle.com The pregnancy shoot she did just before the baby arrived is there and it’s beautiful.

The new parents were married in May 2009. This is their first child.