Home » Babies May Get Hooked On Smoking In Womb

I have never posted a positive article on smoking while being pregnant. That’s because there aren’t any. Researchers are always finding more side effects that are caused by maternal smoking. There are no benefits to anyone. Because I have never smoked before I cannot understand why someone would willing choose to put their child at risk. 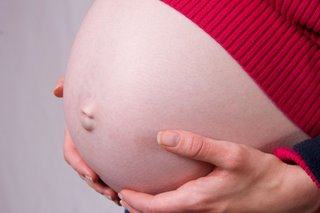 Not only are the children of pregnant women who smoke more likely to develop a host of health and behavioural problems — including asthma, attention deficit disorder and difficulty with reading and math — they are also more likely to take up smoking and to do so at an early age, a new study finds.

The study examined the smoking patterns of children of 3,058 mothers who took part in a long-term study of pregnancy by the University of Queensland and Mater Misericordiae Mothers’ Hospital in Australia. The mothers received prenatal care at the Brisbane hospital between 1981 and 1984.

Researchers said there is evidence that nicotine passes through the placenta and alters brain development in a way that changes how the body responds to nicotine later in life.

Smoking In Cars A Danger To Children