It’s been about a year since the spike in newborns with microcephaly began.  In Brazil, a total of 2,001 cases of this and other brain malformation cases were reported. Testing has confirmed that at least 343 of them were directly linked to the Zika virus. The Health Ministry argues that the rest are most likely linked as well since there has been an 85 percent drop in cases when compared to last year. 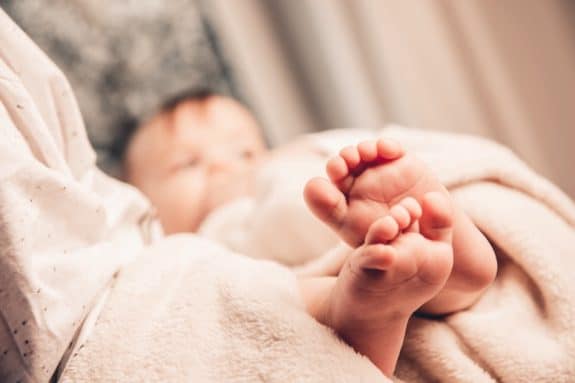 The microcephaly, in and of itself, was a cause for concern. It suggests that the baby’s brain may not have developed properly while in utero. Yet there were many other troubling issues. Around 7 percent were also born with arm and leg deformities, which had never before been associated with microcephaly. Further, as the infants have grown, their conditions have worsened.

“We are seeing a lot of seizures. And now they are having many problems eating, so a lot of these children start using feeding tubes,” Dr. Vanessa Van der Linden, a pediatric neurologist in Recife who was one of the first doctors to suspect the link between the Zika virus and microcephaly.

One little boy, just 13 pounds at a year old, is slow to follow objects with crossed eyes. He struggles to hold his head up, has breathing problems and severe chest congestion, and he has to wear glasses to see. Two weeks before his first birthday, he was placed on a feeding tube because he was getting dangerously underweight.

“It hurts me to see him like this,” the boy’s mother said. “I don’t want this for him.”

Another boy, who just turned one, takes medication for epilepsy but still has seizures every day. He is on a high calorie formula, fed to him through a feeding tube, because he seemed to be choking during feeding.

“It’s every mom’s dream to see their child open his mouth and eat well,” his mother said, adding that each new day seems to bring new problems for her little boy.

Then there are other infants – those that were not born with smaller heads, but are suffering from what looks a lot like Zika otherwise. For example, there was one little boy whose head measured at 13 inches at birth, which is well within the average range. Knowing she had been infected by the virus, the boy’s mother had thought maybe her son had been spared. But he cried nonstop.

At first, the mother was told that her son had colic, and that it would get better by his third month. It didn’t. To make matters worse, it appeared as though his head had stopped growing. The boy’s mother took him to a government-funded event where neurologists were examining infants suspected to have brain damage. Her son’s Zika infection was confirmed.

“At the end of the second month, beginning of the third, his head stopped growing,” the mother said. “[He] was affected by the Zika virus after all. I was in despair.”

Some of these infants are being included in a study of the Zika virus, which is resulting in conditions that have never been seen with microcephaly before – not with herpes, or with German measles, or any other
illness that causes the condition. The issues are so particular, in fact, that doctors are calling the condition “congenital Zika syndrome” – a condition that we are literally learning about it as we go.

Researchers are following many of the infants as they grow, tracking their progress. Many of them are ill and getting worse by the day. Individually, they are anecdotal cases. Collectively, they may help us diagnose and prevent other cases. It is just tragic that it happened in the first place.