Planes, trains, automobiles, boats and sometimes helicopters – babies will arrive when and wherever they please. One newborn, however, was given a bonus this week when he arrived on a RER train in Paris this week. 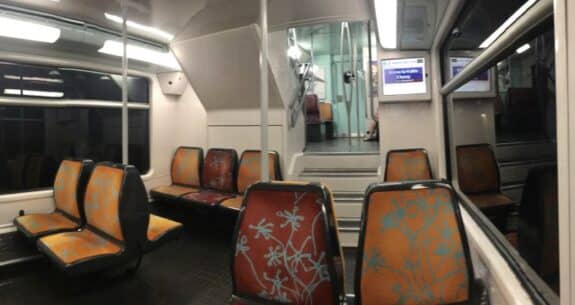 Two women were traveling home on the RER train in Paris on Monday when mom-of-four Eliane heard moans coming from above. Thinking it was a child playing she instead found a mom in labour when she went to investigate.

“I was there with another lady, Aurélie and we found ourselves alone. All of the people who had been in that part of the train had got off at Auber,” she told France’s Local

“We saw the mother wobble. We laid her down and I just had time to take hold of the baby that was coming into my arms,” she added.

The two women asked a passerby to call for helped and then waited with the mom and newborn for first responders to arrive.

“The minutes seemed endless before help arrived,” Eliane said. “I could only think about putting the baby aside so he could breathe and cutting the umbilical cord. Aurélie made sure that the mother remained conscious and that the baby was not cold.”

What she thought was odd was the lack of help or compassion by other people who were passing by.

“What is serious was the indifference,” she said. “Nobody went to see why this lady was moaning, what was happening. And then everyone got off the train without helping her.”

Adding, “It could have ended really badly.”

Thankfully the new mom and her baby are both doing well after the unexpected birth.

The French transport authority RATP tweeted the news after saying,

Shortly after the baby arrived officials announced the child would benefit from free travel until his 25th birthday.