Christina Penton was unconcerned about flying while heavily pregnant. She had already carried two babies to full term, so although she was 36 weeks pregnant when she boarded Spirit Airlines flight 972 from Fort Lauderdale to Dallas, she was simply glad to have picked up her two children and be returning home to Phoenix to await the birth of her third baby.

That baby had a Saturday-night surprise in store for his mother and the passengers on her flight. Within 10-15 minutes of takeoff, Penton began to feel that “something was not right.” A fellow passenger seated nearby was herself the mother of four. Shelly Hedgecock Starks told TODAY that she knew right away that the “baby wanted out.”

Starks told the crew what she suspected and they did their best to keep Penton calm. After taking her blood pressure and checking her vitals, they brought water and damp towels, but it was increasingly clear that Penton wasn’t just sick: she was in labor.

Things happened very quickly. Flight attendants contacted a doctor on the ground and were advised to check for on-board medical personnel. Luckily there was a pediatrician and a nurse sharing the flight. While they rushed to help, the Spirit crew took steps to divert the flight to New Orleans Louis Armstrong Airport and alert a medical team to be waiting at the gate.

Spirit spokesperson Paul Berry says that sometimes flights get diverted due to an emergency but that it is “extremely rare” for a baby to be born mid-flight because labor is usually long enough to allow the pilot to land and get the mother taken to the hospital before the birth takes place. Berry told TODAY “That wasn’t the case this time. Labor went fast and the baby was actually born on-board.”

Within a matter of minutes, Christopher Lezcano was born – healthy and with no complications. The cheering passengers broke into applause when he arrived. 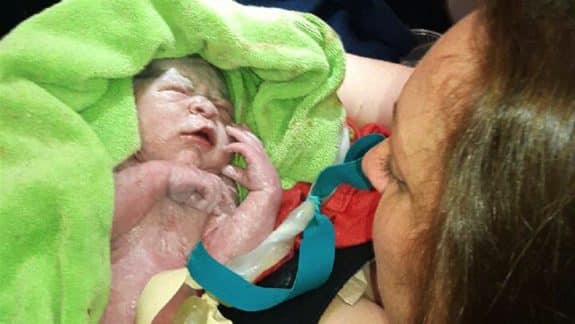 Medical personnel met the mother and her new son when they landed in New Orleans and transported them to Oshner Medical Center. And although he was born thousands of miles from home and thousands of feet in the air, little Christopher was fine…a 7 pound baby measuring 19.5 inches, who received a very special birthday gift from the airline.

Spirit offered birthday flights to Penton’s family until little Christopher turns 21. Penton is grateful and will use the gift sometime in the future, but this time she opted to drive herself and her three children back home to Phoenix. 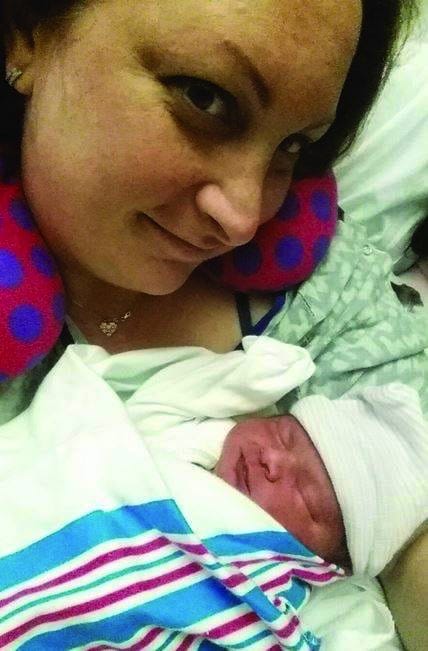