Hotslings was best known for offering pouch style baby carries that were comfortable and fashionable, a must have by many new parents. Sadly, despite launching a new line that promised to revive the company, Hotslings has decided to close their doors forever. 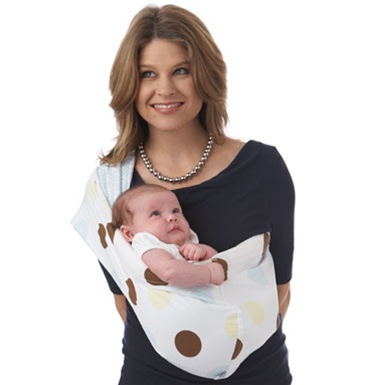 Hotslings was began by Kristen DeRocha 2003, and quickly became a well loved brand by many babywearing mothers. Designed as a hybrid between sleek pouch style carriers and comfortable padded slings, the Hotsling pouch offered comfort as well as fashion that many moms came to love. Styles from flowers to dots to unique patterns were all available for fashionista moms to wear.

In 2007, DeRocha became active in helping to create the American safety standards for sling carriers. When the dangers of babywearing with low quality slings became more known, she worked to promote safety among sling and pouch manufacturers. Her efforts would help create the Baby Carrier Industry Alliance (BCIA) that strives to make babywearing safer for parents and babies.

Hotslings recently launched a new line of carriers, the Adjustable AP Pouches. Created with the same style and comfort that their previous pouches were known for, these new pouches also offered adjustable buckles to help the wearer change the size of the pouch as needed. The new AP Pouches were perfect for postpartum moms with a changing body shape, as well as for families that share the babywearing between parents of different sizes. 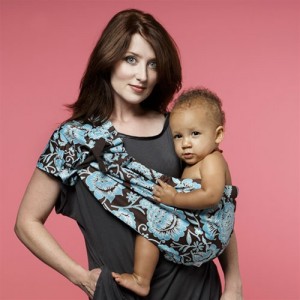 Despite this, Hotslings faced trouble when a report from the U.S. Consumer Product Safety Commission (CPSC) warned against babywearing in general. The report came after news of infants died while being worn in soft fabric slings such as the Infantino SlingRider Baby Slings and the Sprout Stuff Ring Slings. Though Hotslings pouches were not a part of the warnings or the recalls, many nervous parents feared that all carriers were dangerous.

“The CPSC warning against slings really sent everything into a tailspin even though it had nothing to do with our products,” says DeRocha.

The BCIA released a statement highlighting the sadness of Hotslings’ closure. The company was one that many in the industry respected and loved.

The closure of Hotslings, Inc is a huge loss for North American parents and babies and for the baby carrier industry as a whole. If your life has been touched by a Hotsling, the BCIA asks that you consider becoming a BCIA member or making a donation in tribute to Hotslings. The work of the BCIA is just beginning and we require support in order to ensure that more companies don’t suffer the fate of Hotslings, Inc.

Hotslings plans to close their doors on August 12, 2010. Until then they are selling what is left of their stock of carriers at a reduced price. Many babywearing parents are already mourning the loss of the beloved company. – Summer, staff writer