There must be something about planes and babies, because there have been quite a few little ones arriving en-route to new destinations lately.

The latest birth, a baby girl, was born on Saturday on an Armavia Airlines flight from Siberia to Yerevan.  Only 6.5 months pregnant, 31-year-old  Armina Babayan, went into labour half way through the trip. 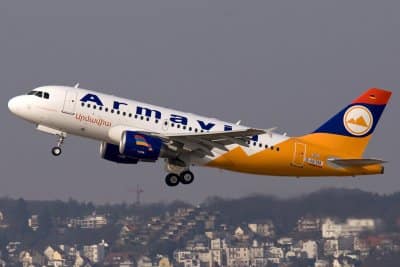 “Even our male colleague, Grigor, did his part, bringing water and napkins,” Gevondyan told The Associated Press.

In gratitude for her assistance the new mom named the baby after the flight attendant.

The Associated Press reports that mom and baby are doing well.  There was no weight listed for the newborn.

Asmik, it appears, is in good company.  Many who have come before her have also arrived in grand style!  In December a baby boy arrived in a medical helicopter, a baby girl made her entrance at 30 weeks during a flight to Moscow in October, and a baby boy was born on a 12 hour international flight in April.

Babies will arrive when they are ready and rarely adhere to a birth plan.
Related Articles: