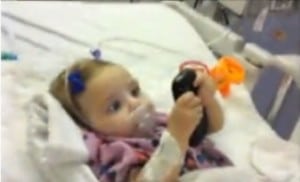 Not so long ago cord blood was considered a medical waste. But now almost every day cord blood transplants are helping give many like baby Valentina DeLeon a second chance at life  whose rare disorder could have turned fatal if not for the transplant.

Living in Rio Grande Valley, Valentina was 10 months old when her parents noticed that there was a problem with their baby daughter. Valentina weighed only 13 pounds.

The couple found out that their baby had a rare disorder called severe combined immunodeficiency (SCID). The condition became widely known in the 1970’s when the world learned of David Vetter, a boy with SCID who lived for 12 years in a plastic, germ-free bubble.

It was a lucky match when cord blood donated by a stranger turned out to be perfect for Valentina. The cord blood cells have the unique ability to create new cells in whichever part of the body there is the need. In Valentina’s case they helped create a new and stronger immune system.

“The cord blood is thrown away anyway,” Dr. Chan explained. “Nobody saves cord blood. But it can be used. And it can particularly be used in this type of situation when you can do a transplant and save a life.” 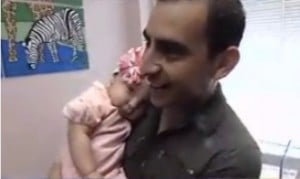 Five months after the transplant, Valentina weighs a healthy 21 pounds and doctors are optimistic about her future. Her parents consider her a miracle child and are immensely grateful to the cord blood donor who remains a stranger but saved their child’s life.

“It’s changed her life and it was a miracle,” Chapa said. “She’s alive and she’s healthy and I’m just thankful. Very thankful.”

From fighting a disorder that turns fatal in most cases to being a survivor, Karina adds that every day her daughter is alive is a celebration.