First it was cordblood and now it is baby teeth. While we don’t keep either one do we really need to pay to have them stored as a just in case? 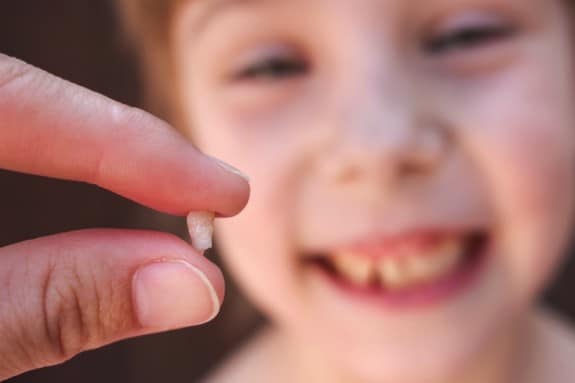 Baby and wisdom teeth, along with jawbone and periodontal ligament, are non-controversial sources of stem cells that could be “banked” for future health needs, according to a National Institutes of Health researcher who spoke today at the American Dental Association’s national media conference.

Harvested from the pulp layer inside the teeth, jawbone and periodontal ligament, these stem cells may one day correct periodontal defects and cleft palate, and may help restore nerve cells lost in diseases such as Parkinson’s.

The stem cells have the potential to save injured teeth and grow jawbone. Regenerating an entire tooth is on the horizon.

Parkinson disease affects both men and women in almost equal numbers. It shows no social, ethnic, economic or geographic boundaries. In the United States, it is estimated that 60,000 new cases are diagnosed each year, joining the 1.5 million Americans who currently have Parkinson disease. While the condition usually develops after the age of 65, 15% of those diagnosed are under 50.

So with Parkinson’s Disease being something that is usually developed after the age of 65 would a tooth that has been preserved for 60 or more years be beneficial to someone at that time? I guess because it is less controversial than embryonic stem cells researchers are continually looking for new ways to combat current diseases.