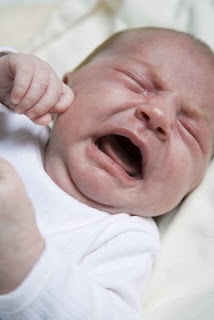 Fire officials in Ohio say a family of six escaped unharmed after a baby’s cry alerted them to a fire at their home.

Battalion Fire Chief Christine Davis says the occupants told officials they got up, smelled smoke and everybody got out of the single-family house early Monday after their infant began crying.