Home » Beachgoer Saves Baby After Wave Sweeps Her Away 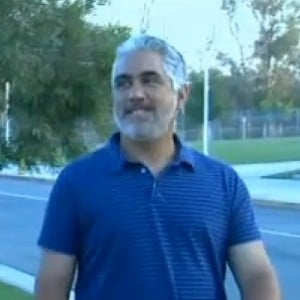 While many are mesmerized by the ocean’s beauty, an OC family was reminded how dangerous the water can be when their daughter was swept away by the waves.  Thankfully a beachgoer was close by to rescue the toddler.

Patrick Watson, 46, and his 18-year-old son, Danny, were enjoying a day out to Aliso Beach Park when they witnessed a baby being pulled out to sea by the large 5 ft. waves.

Patrick immediately dove in to rescue the little girl but more waves were making her hard to spot.

“I was searching around, the waves were coming, the backwash, it was just complete turmoil. And I saw a flash of something go next to me,” Watson told CBS Local

After fishing around in the surf he grabbed what felt like a diaper and pulled the child out. 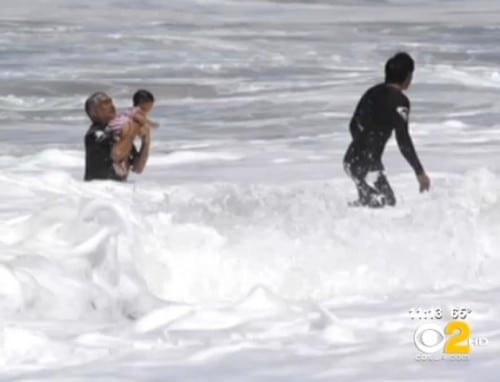 “At that moment, when I grabbed her, I pulled her in like a football. I was like, ‘Thank goodness, thank God, I got her!’ So I was able to push off the bottom with one foot and get her above water,” he said.

As Patrick made his way to the shore, he said the baby’s mother was running toward him. 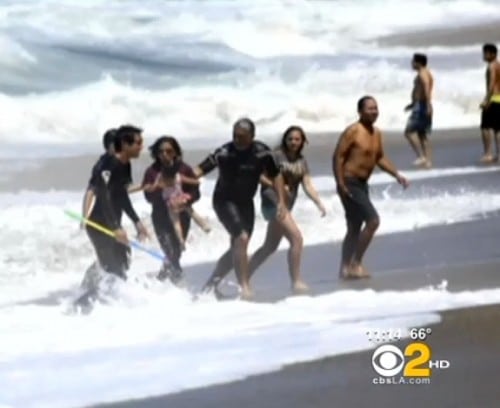 “I’ll never forget, she was looking at me like just total desperation, shaking, screaming ‘My baby.’ She had her baby. She was looking at her fingers and toes and just saying, trying to say thank you, but she was so distraught,” he said.

adding, “I never got her name. I never got her baby’s name. I was just more than happy to be there and help her out. When (the baby) made the first sound, when she coughed out the water, started screaming, that was just an unbelievably wonderful sound.”

The images of the rescue were taken by Craig Brashier. He shared them with the news station in hopes of reminding visitors at Aliso Beach how dangerous conditions can be and to not depend on lifeguards for their safety.