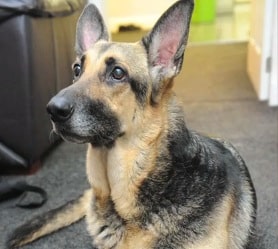 A nine-year-old German Shepherd is being hailed more than just a hero after finding an abandoned baby in the park; he’s also a namesake. Roger Wilday, the dog’s owner, shared the story with Birmingham Mail.

According to 68-year-old Roger, he and Jade had set out for a walk in Stechford’s Marlborough House Community Park that day. Suddenly, Jade took off, racing for a set of bushes. She lay down next to what looked to Roger like a discarded shopping bag and refused to move. Confused by Jade’s behavior, Roger started walking in the direction of his dog and the bag she refused to abandon.

“I walked over and saw a carrier bag – then I saw it move,” Roger told Birmingham Mail. “I thought it was a bag of kittens, but then I saw her little arms and a head, and the baby started to cry.”

At first, Roger wasn’t sure if he should pick up the baby, so the father of four and now grandfather, raced over to a friend’s nearby house and called emergency responders. 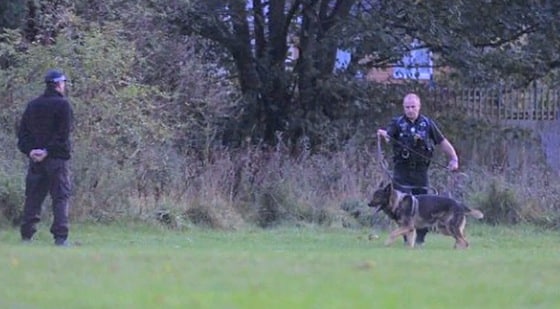 “I thought, ‘I’m not going to touch anything because if I start messing and they come for forensics…I just didn’t want to hinder their job,” Roger had said.

But of course, officers gave him permission to pick up the baby, and they asked him to take her out of the park she’d been abandoned in. And within minutes, emergency responders had arrived to take the baby girl, later named by nurses after her K-9 hero, to the Heartlands Hospital.

On Friday, pictures and a video were released of the six-pound fighter. As she continues to recover, she’s receiving ‘round the clock watch and care, but despite the circumstances she’d been found in, she’s reportedly, “alert, happy and contented” – something that she might not have been, had it not been for her rescuers. 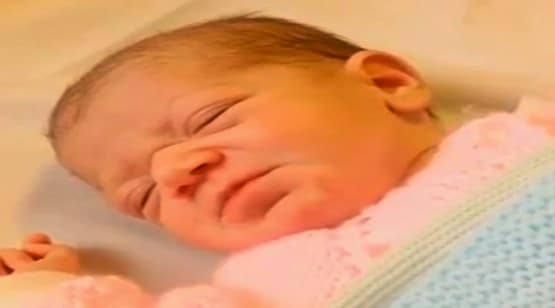 Chief Inspector Ian Green, of West Midlands Police, told Birmingham Mail that Jade truly had been little Jade’s hero that day; had she not been found when she had, the consequences could have been serious.

“The baby was lucky to be found when she was as even just a few more hours exposed to the elements could have had fatal consequences,” Green said. “Thankfully, we now know she’s safe and well – and our priority is very much on finding her mum to ensure her safety. We’re still keen to hear from witnesses – especially anyone who saw somebody with a carrier bag from The Entertainer toy shop – or anyone who could have information that will lead us to the identify the mother.”

Though Roger downplays his role at the park that day, saying that he was “in the right place at the right time,” he is giving Jade some extra special attention. So is Roger’s wife, Catherine.

“Jade’s never found anything before,” Catherine told Birmingham Mail. “She must have heard the baby crying as these dogs have very good hearing, plus she’s very keen on our grandchildren. Whenever she hears their names she whimpers. She just loves kids.”

Oh, and don’t worry, Catherine isn’t letting Roger out the spotlight quite as easily as maybe he hopes.

“It’s not a typical thing to find a baby, but that’s just the kind of thing that would happen to Roger,” Catherine said. “He’s that type of person. He cares about everyone.”