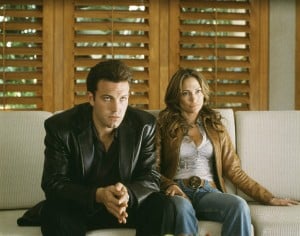 When some people think of director and actor Ben Affleck, they think of his past – the tabloid headlines that surrounded his former relationship with Jennifer Lopez and a few movies that many people hated. But things are very different for Ben today.

His career as a director is going very well; his newest film, Argo, set to release October 12, 2012, is a highly anticipated drama that retells a long-classified story from the Iran hostage crisis back in the 70’s. But that’s not all that’s changed in his life; as husband to Jennifer Garner and father to three, Ben has plenty to keep him busy. Add it all up and you have a man that bears little resemblance to his former self. Of course, all of those “failures” may have very well led him to what many would perceive as personal and professional success.

“In our culture, we get very much into shorthanding people. And I got shorthanded as That Guy: Jennifer Lopez, movies bombed, therefore he must be a sort of thoughtless dilettante, solipsistic consumer, blahblahblah. It’s hard to shake those sort of narratives. If you were looking at that one-liner on me in 2003, which was definitely the annus horribilis [Ben laughs] of my life – it’s funny how that rhymes with Sacha Baron Cohen’s pronunciation of ‘ah-noose’…”Ben said. “I made a bunch of movies that didn’t work. I was ending up in the tabloids. I don’t know what the lesson is, except that you just have to find your compass.”

But Ben reminds us all that change happens to everyone, and that it’s been a while since those negative things were a part of his life.

So how is life different? And how does he feel about the change? Ben shares his thoughts and feelings with Details.

“I got married, and I got older. And had kids. You know, the current of the river of life moves you downstream anyway. But I definitely reject the narrative that says, you know, Bad Guy Turned It Around. My life isn’t Behind the Music. I wasn’t a criminal!”

Like most parents, Ben says that balancing work and family life can be a challenge.

“Anytime you think, ‘I’m wasting my time here [at work],’ the first thought you have is ‘I could go home and be with my kids.’ Now, you  may go home and be with your kids and very quickly start thinking, ‘I wonder what’s on the work front?’ Because running around after three kids is very trying,” Ben said.

“Now everything has to compete with being with my family. I like to work. So does my wife,” he said. “But I need my work to mean something to me in order for me to not be home with them.” 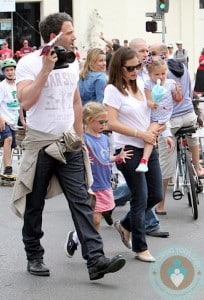 He admits, however, that his work life does often encroach on his family life. When asked by Details if he goes to sleep thinking about the movie he’s shooting, he says:

“Always, always. I’m not very present in the rest of my life. My wife’s very patient. She does everything. If I have time, I try to spend time with the kids, even if just to be a physical presence, the bath, whatever. But my mind’s always going, ‘How are we going to light that shot tomorrow? What’s the master shot for that scene? Is there even going to be a master?’ Just ruminating endlessly. Because for me – I wish it was discipline or being a great artist. But it’s just anxiety.”

And if you’re wondering why you’re seeing less of Ben on the silver screen.  The changes in his personal and professional life are partially responsible.

“I’m acting a lot less,” he said. “And when I have the time, I think, ‘It has to be a really good part, it has to be a director I want to work with,’” he said. “My life’s different now. It’s not as if when I’m not acting I’m in a club or playing video games. I have my family. I have philanthropic work that means a lot to me. So I’ve definitely turned some things down. Not because I suddenly have such great taste but…maturity, I guess. The kinds of movies that used to appeal to me don’t necessarily appeal to me anymore.”