Ben Affleck and Jennifer Garner were spotted out for the first time in a few weeks – attending an Easter Service with their two youngest kids, Seraphina and Samuel in Los Angeles on March 27, 2016. 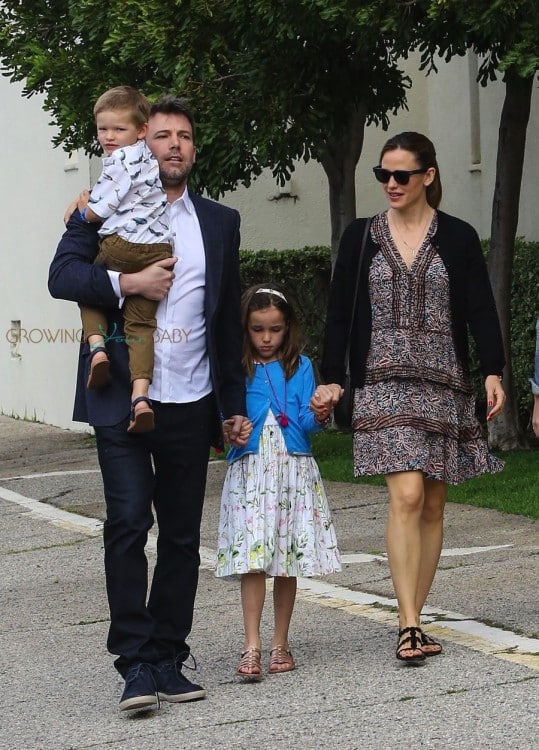 Ben carried Sam, while holding Seraphina’s hand as the couple arrived with a friend on Sunday morning. 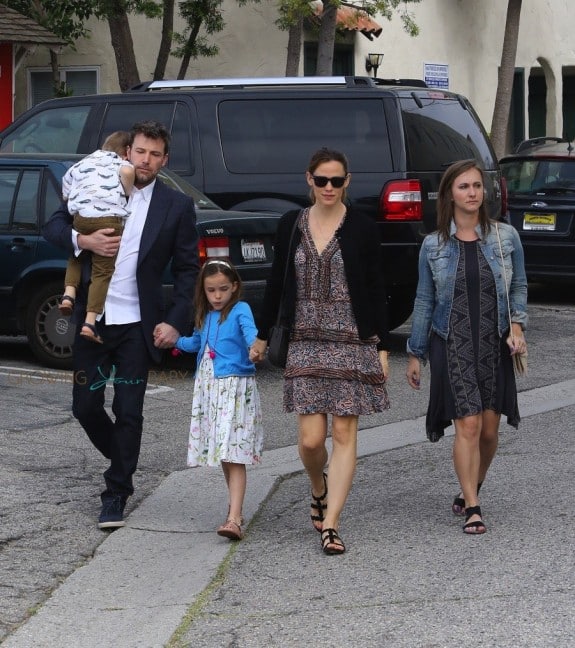 Afterwards the couple held an Easter Egg hunt at their house with friends, a source told People.com.

Both Ben and Jen are fresh off press tours to promote their new movies.  Despite harsh reviews, Ben’s movie Batman v Superman shattered records and expectations with a $170 million opening weekend.

Since announcing their split last year, the couple has been spotted together quite a bit with their kids.  Committed to co-parenting, Ben told CBS This Morning on Friday, March 25.

“We’re doing our very best and we’re putting our kids first. That’s how we’re focusing on our day-to-day lives, and we don’t know what the future’s going to hold. Each step that we take is one where we prioritize our children, and everything else comes second. She’s just so good at doing that and sets such a good example. And that’s a lead that I follow.”