Jennifer Garner and Ben Affleck put the drama of this week behind them and spent time together with their kids Violet, Seraphina and Samuel on Saturday. 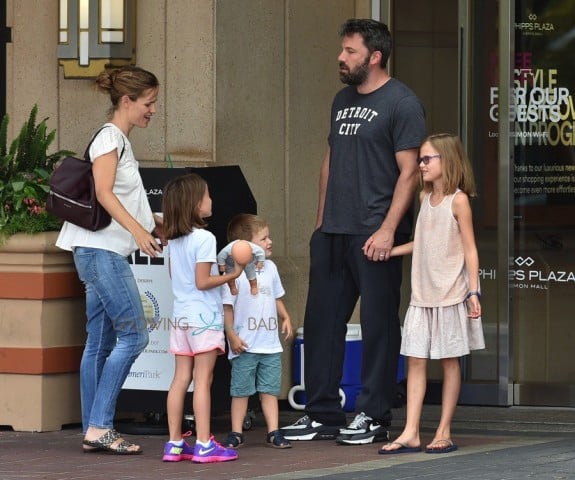 Arriving together, the couple each piggybacked a child into the mall where they grabbed some lunch and a watched a movie. 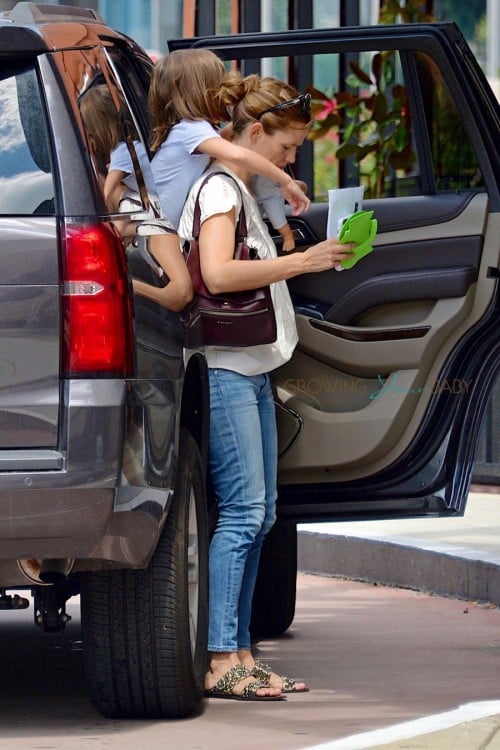 Once inside Ben kept all three kids close, while Jennifer walked beside him. 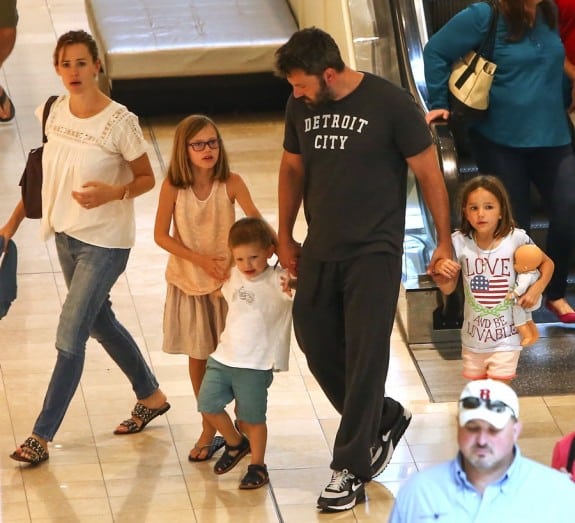 Earlier in the day Ben and his two youngest kids hit the market to grab some fresh produce. 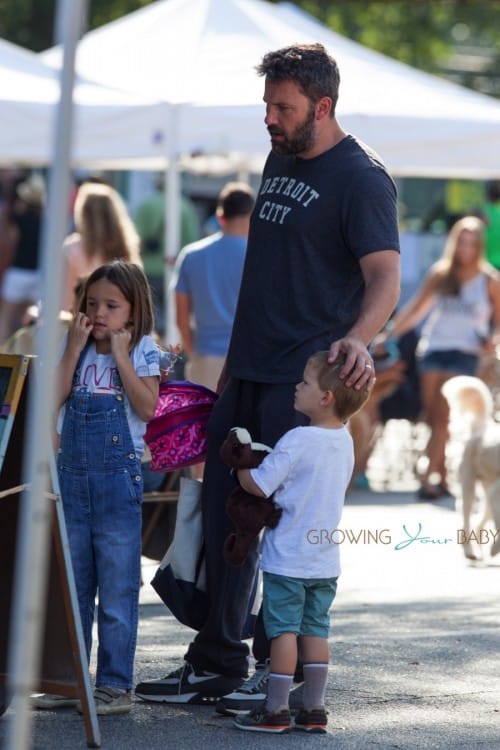 The couple has been keeping a low profile this week after it was revealed that Ben may have had an affair with their kid’s nanny.

The news, a source told People.com, was the final straw for the actress who is reportedly only speaking to the actor ‘where the kids are concerned.’

The outing shows that they are definitely doing a great job of putting on a strong front for their kids.