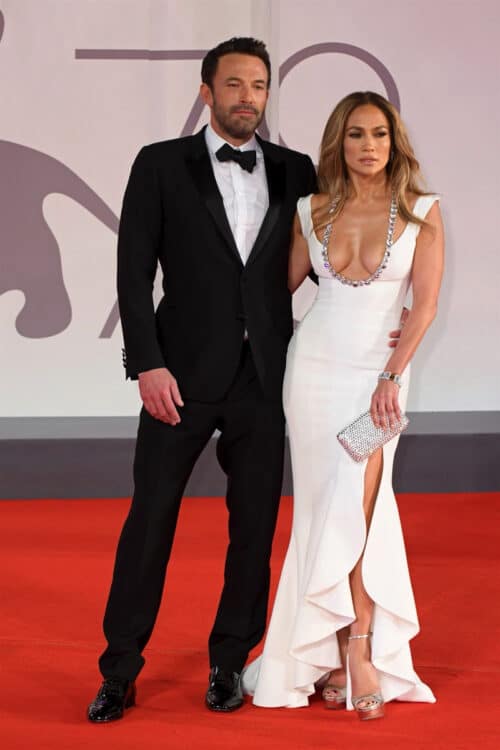 The couple attended the premiere of Ben’s movie “The Last Duel”. Jennifer was stunning in a white Georges Hobeika gown with a plunging neckline trimmed in crystals and Cartier jewels while Ben was sharp in a black tuxedo. 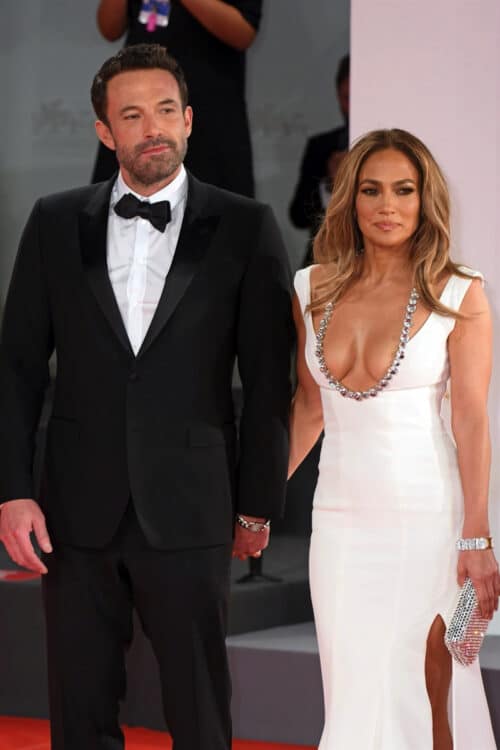 The red carpet appearance was the first in 18 years for the pair, who rekindled their romance earlier this year. 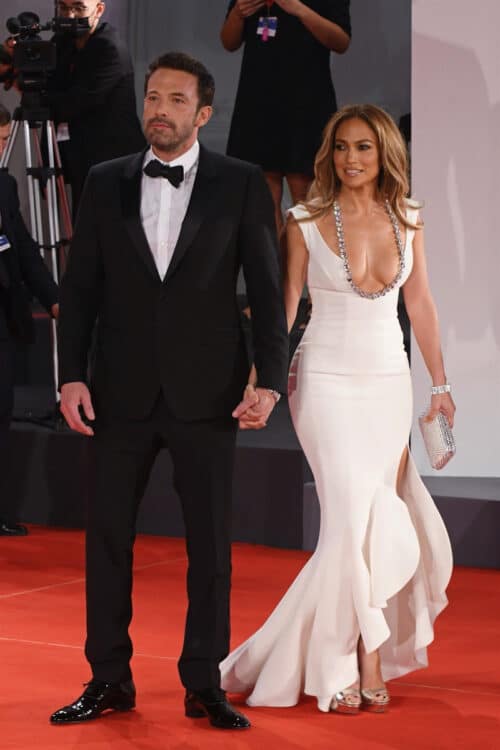 They appeared to be enjoying themselves!  Ben had Jen laughing as they posed for photos. 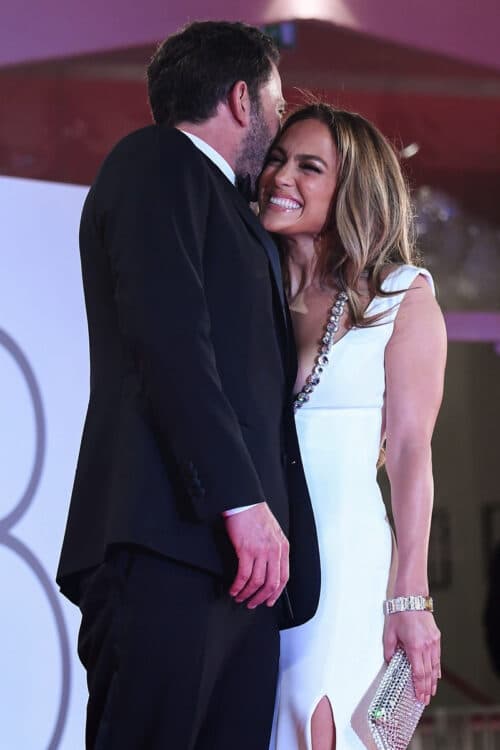 They even shared a kiss. 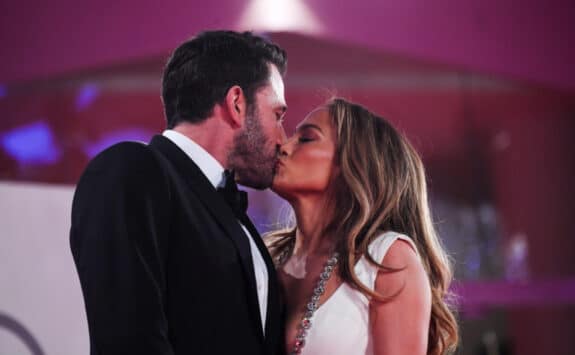 Earlier in the day, they were photographed getting onto a boat following the official photocall for the movie. 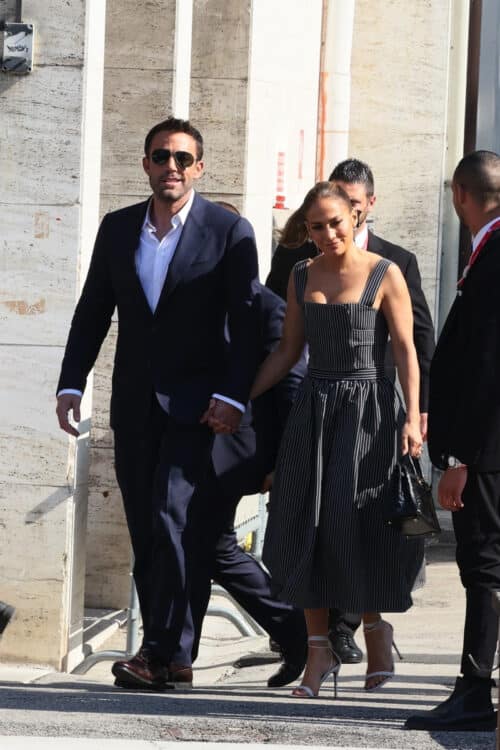 Jen was pretty in a Dior striped dress as she accompanied the actor back to the hotel. 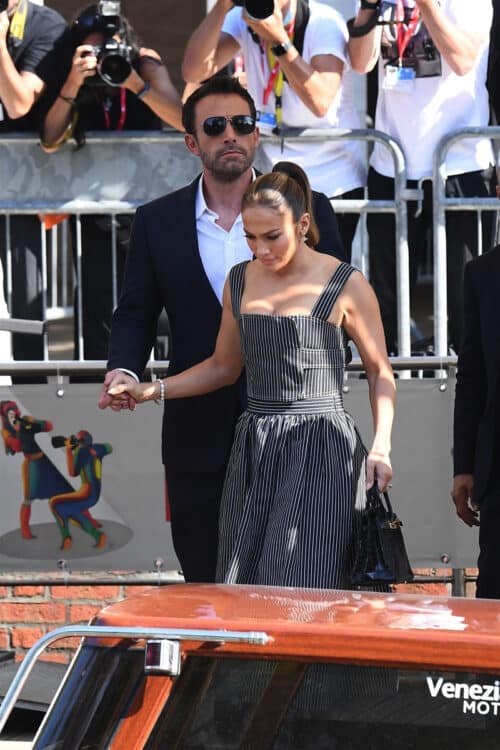 A source told US Magazine last month that the duo is once again considering tying the knot. “They are both madly in love and don’t want to let one another go this time,” adding that Ben considers the Selena star the “one that got away” and he is “determined to make sure that doesn’t happen this time.” 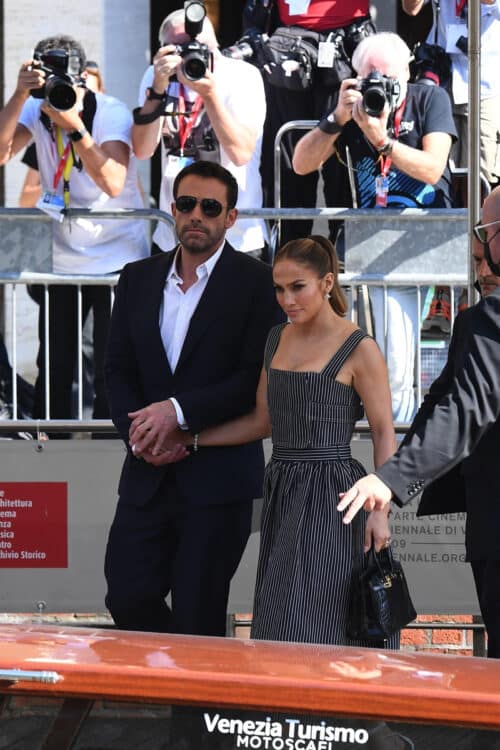 After the pair split in 2003, Ben married Jennifer Garner and they had 3 kids together.  They divorced in 2018 after 13 years of marriage. JLo has twins Max and Emme with ex-husband Marc Anthony. The couple has been spotted out a few times with their blended family.  Is it only a matter of time before they all move in together?