Ben Affleck & Jennifer Garner celebrated the 4th of July with their daughters Violet and Seraphina while watching the parade on Pacific Palisades in Los Angeles yesterday. 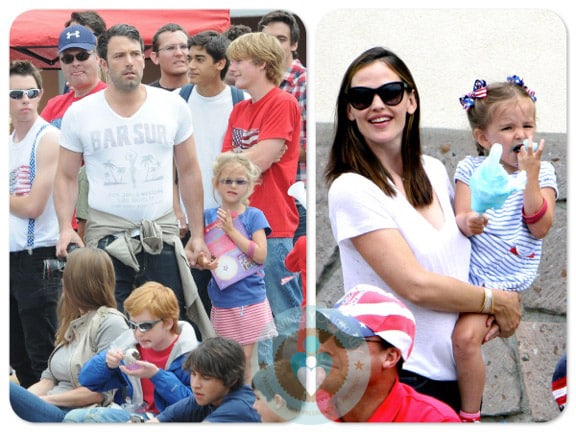 The family, who appeared to be having a great time, took lots of pictures of all of the floats going by. Dressed in red, white and blue Violet and Seraphina cheered with pom-poms from the sidelines while munching on cotton candy.

The Daily Mail is reporting that the family will soon be jetting to Puerto Rico where Ben will be filming his latest project, Runner Runner, with Justin Timberlake.

The whole family is believed to be making the trip together as Ben recently applied for a passport for four-month-old Samuel.