Ben Affleck and Jennifer Garner continued their Sunday tradition of attending church service with their kids on April 9th, 2017.

The actress arrived first with the kids and a friend, followed by her husband a little while later. 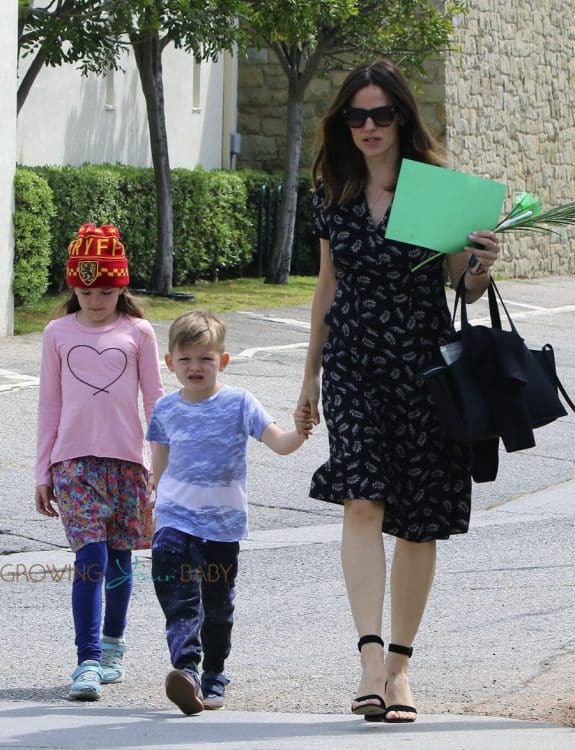 Did he lose a bet?  For the third week in a row Ben wore a pixelated Packers tee with a suit jacket and jeans. 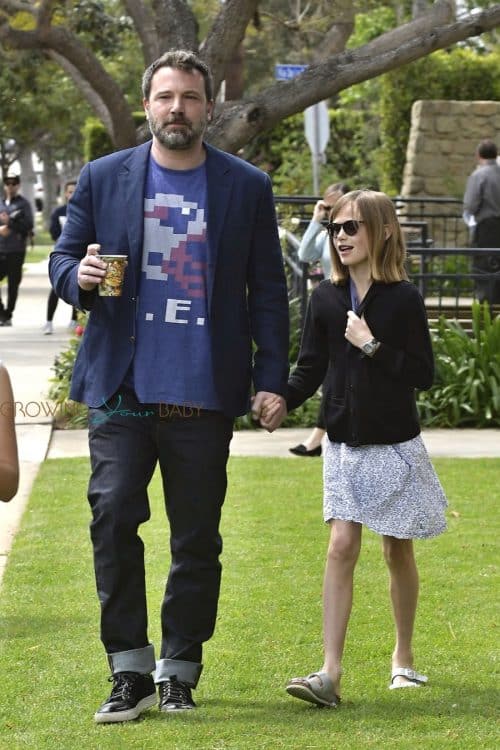 Outside the church the kids held on to their palm leaves for Palm Sunday. 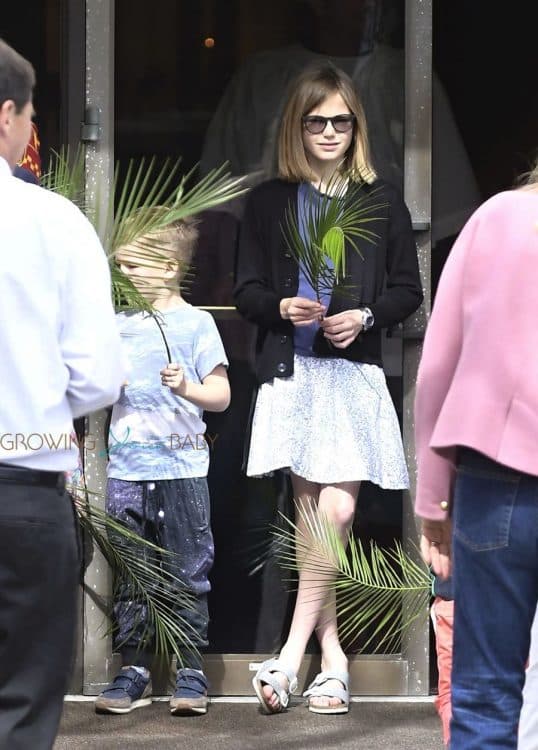 After service the couple split so Ben could take Violet to karate. 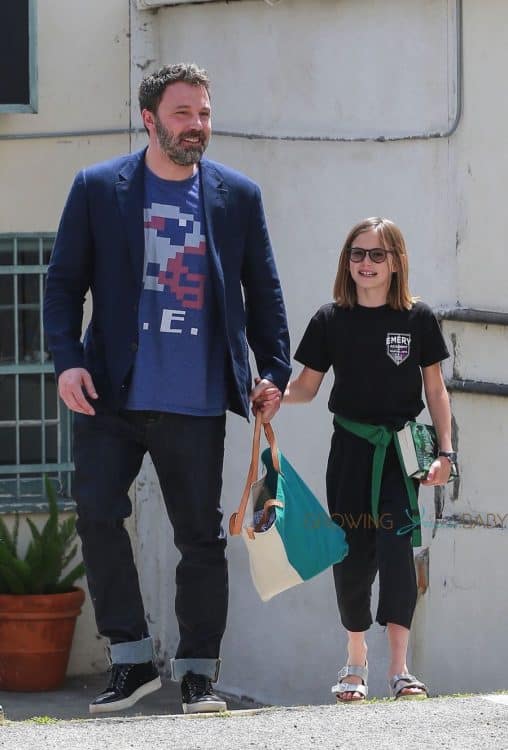 A couple weeks ago it was reported Ben and Jen had called off their divorce and were trying to make their marriage work.

Despite the story being reported by People.com, Gossip Cop notes the couple maintains a friendly dynamic as they co-parent, but they are not back together as a couple.

It is, however, hard to know which outlet is correct as the pair are often spotted out together with their kids as a family.

We are rooting for them and hope they can get through this tough time.