Ben Affleck and Jennifer Garner were spotted out for a stroll with their kids Violet, Seraphina and Sam in Atlanta on Thursday. 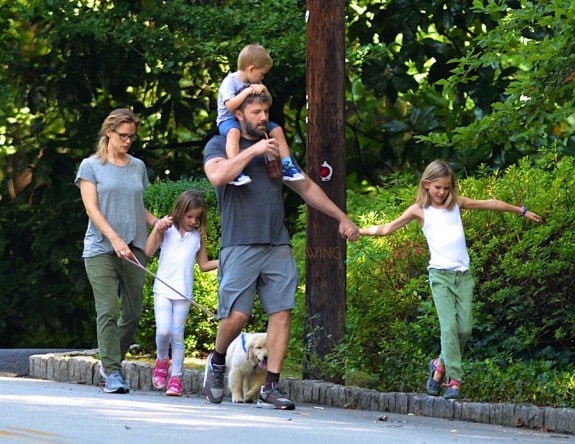 The family, who has been in Georgia for the past couple months while Jen filmed Miracles from Heaven, added a puppy to their crew earlier this Summer.  The fluffy guy was adopted from a shelter in the Pacific Palisades before the Afflecks left for Atlanta.  When he was old enough to travel Ben brought him to Georgia to meet the kids.

While out for their stroll Ben carried Sam on his shoulders while drinking an iced tea. 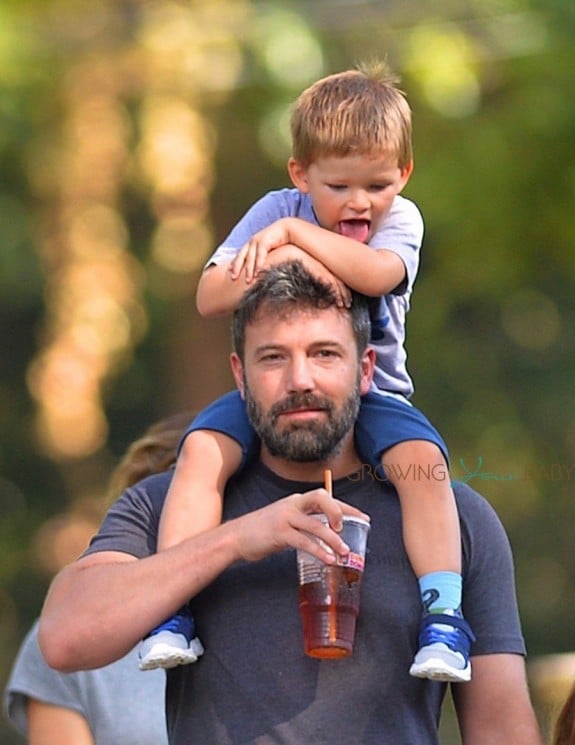 Each member of the family took turns walking the new puppy as they made their way through the suburbs. 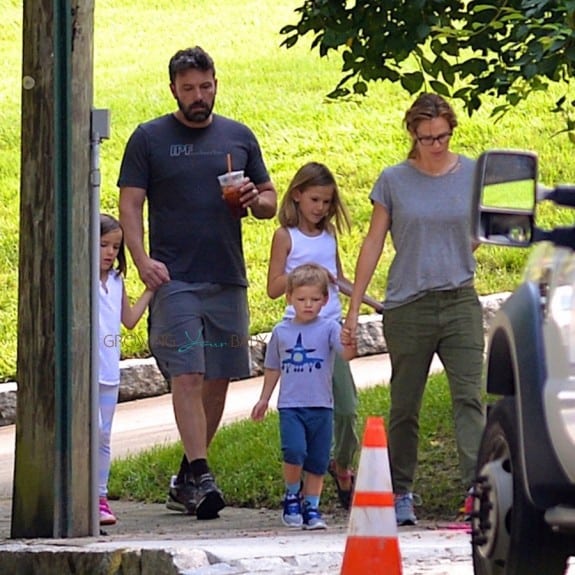 A source told People.com the couple looked relaxed and happy during the stroll.

“They were laughing and talking to each other and looked like they were having fun.”

The day out marked the end of the Affleck’s time in Georgia.  The family was spotted arriving in Los Angeles together by private plane on Friday before hopping into an SUV to head home. 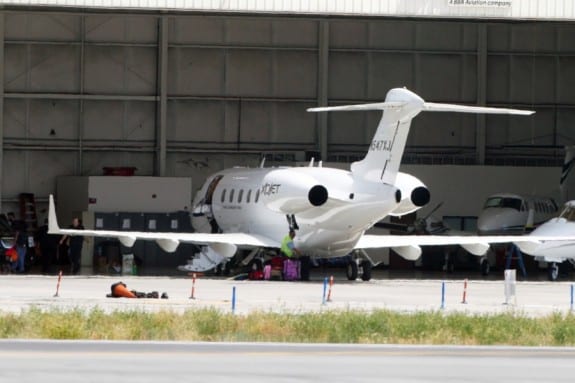