Daddy day out!  Ben Affleck was photographed going to church with his son and daughter in Pacific Palisades, California on November 6, 2016. 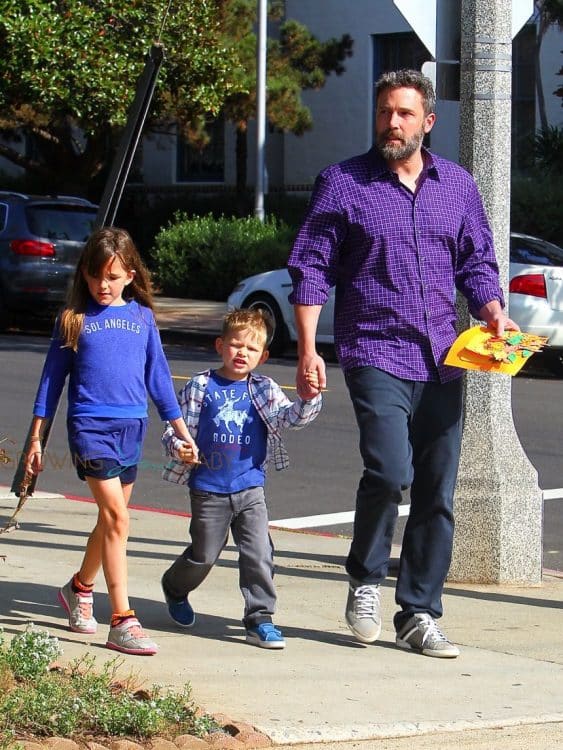 The doting dad held both Seraphina and Samuel’s hands while they walked into the building together.

After the service he was is good spirits and chatted with some of the other members of the church. 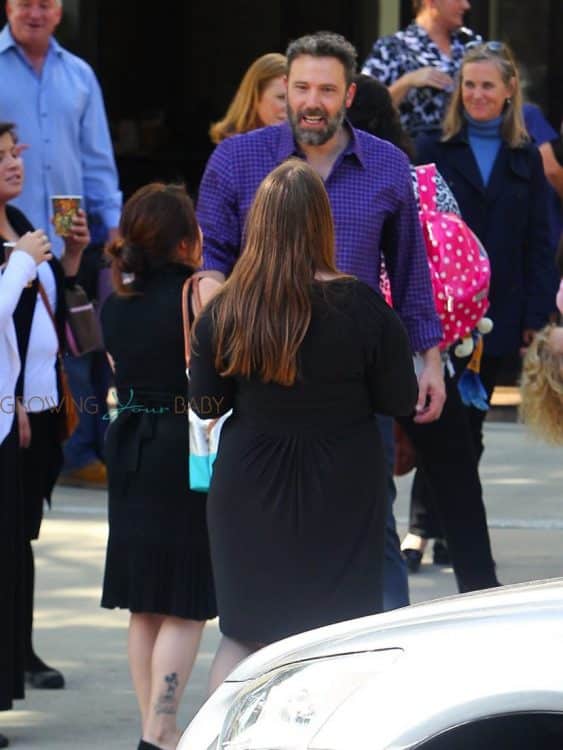 Ben has been away from the family for the past few months while he films Justice League overseas and promotes his new movie, The Accountant.  With more time now to spend with his family,  the actor and his estranged wife Jennifer Garner, have been spotted out with their kids.

Despite announcing their separation more than a year ago, the couple has yet to finalize their divorce.  RadarOnline reports that Ben is trying to win Jen back over.

“They’ve stopped fighting and are in a great place where they’re communicating effectively,” their  source revealed.

“Ben’s also getting huge brownie points for all the daddy time he’s giving the kids, despite the crazy hours he works,” the friend added.

It will be interesting to see when and if they proceed with their divorce.  They announced their split more than a year ago, but have yet to file anything more formal so anything is possible!