Home » Ben and Jen Attend Church With Their Kids

Estranged couple Ben Affleck and Jennifer Garner were spotted leaving a church in Pacific Palisades, California with their children Violet, Seraphina, and Samuel on September 13, 2015.

Despite their impending divorce the pair seemed to be in good spirits and even arrived together. 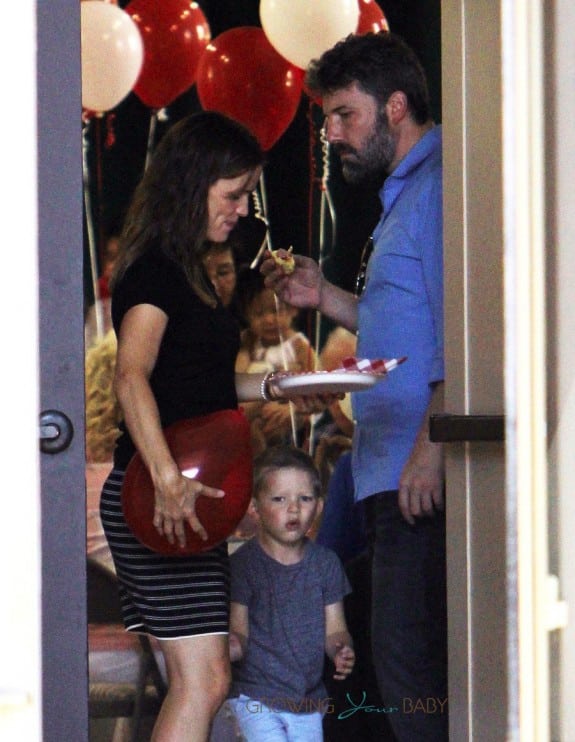 Ben started his day at the farmer’s market with his kids. 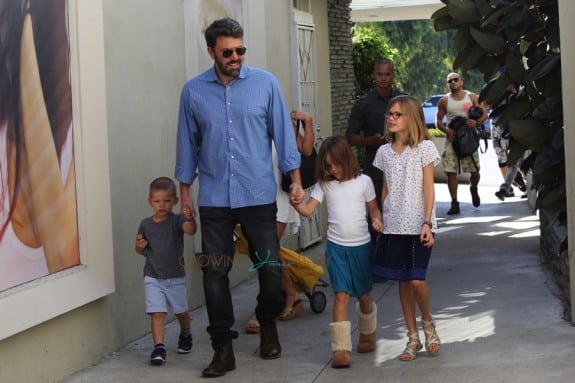 Regulars, the Afflecks grabbed snacks before stocking up on fresh produce. 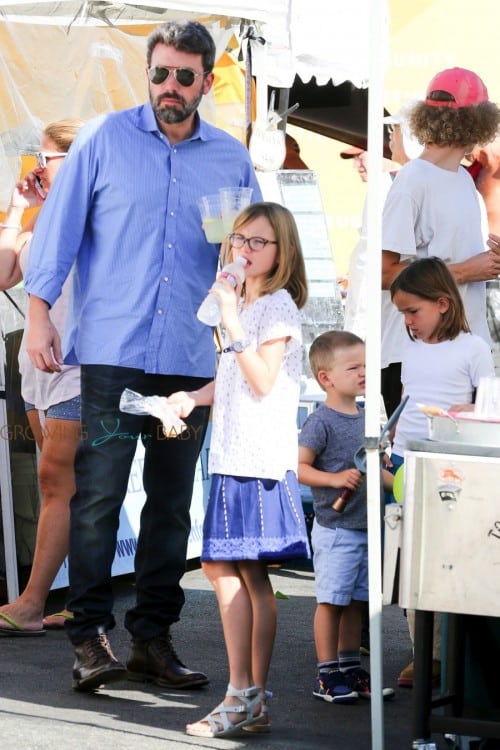 As we have seen over the past few weeks, Ben and Jen have been spotted together quite a bit.Earlier this week they were photographed leaving a therapists office after a two-hour marathon marriage counseling session.  Insiders insist, however, that there are no plans for reconciliation.

Instead, the couple is doing the best they can for the sake of their three children.