Home » Ben & Jen Spend The Day Out With Their Kids

Working to prove the divorce rumors are not true, Ben Affleck and Jennifer Garner were photographed at the Pacific Palisades market with their 3 kids, Violet, Seraphina and Sam for the second week in a row. 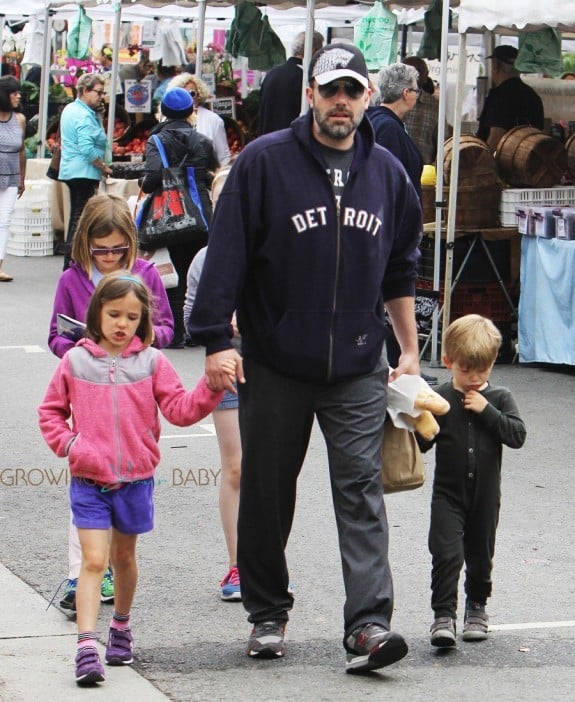 Ben kept the kids close, and carried the baguettes while Jennifer moved from booth to booth collecting fresh fruit and vegetables. At one point the actress juggled 6 bags, her phone and a shopping list as she laughed and joked with vendors. 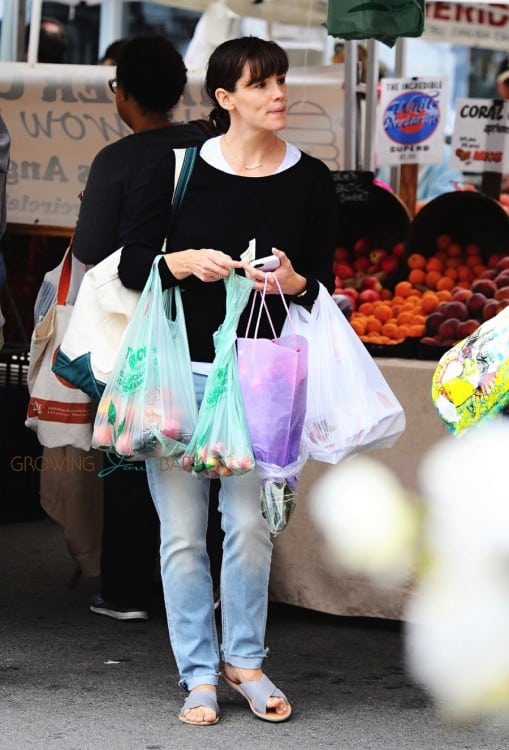 In April Jennifer revealed how important it was for her kids to understand about the food cycle.

“I cook for my kids, and we have a garden,” the mother of three, 43, told US Magazine. “We try to grow whatever we can, although I can’t say we have the hugest crop in the world, but I do try to pay close attention and I do my best.”

“We talk about our food,” She added.  “We grow food, we talk about what goes into it. They planted it, they water it, they take pictures next to it.”

Even though the actress just wrapped Nine Lives with Kevin Spacey and Christopher Walken in Montreal, she will start production on Miracles From Heaven in Atlanta, Georgia very soon.

Ben’s Live by Night project has been bumped a couple times, but it has an October 2016 release date so it should start filming soon as well.

Until then they can spend time together as a family!