Home » Ben Affleck Stocks Up At The Market With His Kids!

Now that the Afflecks are back in LA, Ben has picked up his Sunday morning market routine! While accompanied by his kids; Violet, Seraphina, Sam and a nanny, the actor stocked up on fresh fruit and produce. 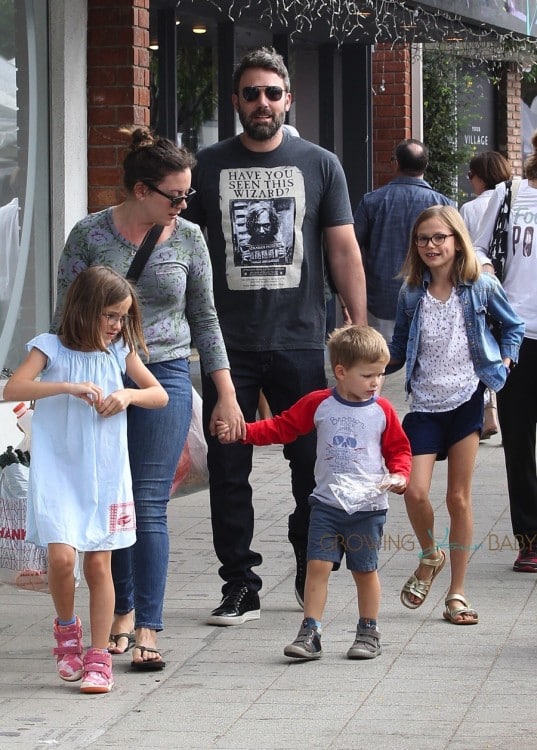 Who knew Ben was a Harry Potter fan? He wore a Serious Black tee that he likely picked up at Universal Orlando last weekend while there for his 43rd Birthday with Jen and the kids. 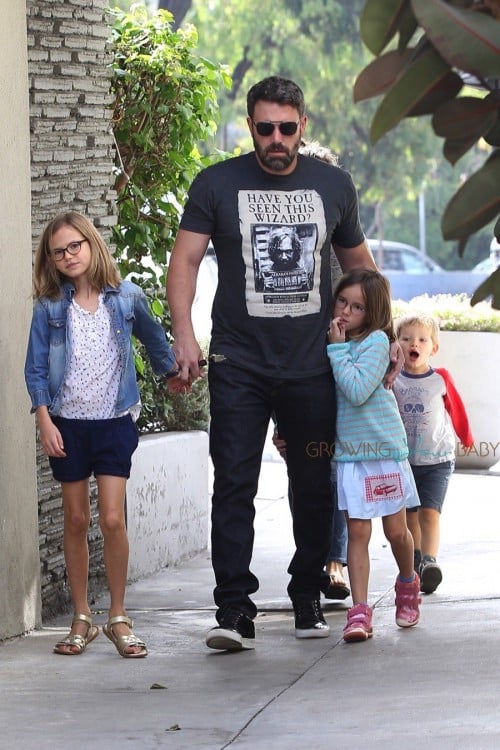 The family returned home from the Summer in Atlanta on Friday.  They had been staying in Atlanta while Jen filmed Miracles from Heaven along side Queen Latifah.

After spending quite a few months filming ‘Batman V Superman: Dawn Of Justice’, Ben has been taking it easy enjoying time with his kids this Summer.