Pesticides, fungicides, and herbicides have received a lot of media attention lately – and for good reason. Many are toxic to humans, according to the World Health Organization (WHO), especially in large amounts. But what about the residue left on our fruits and vegetables? Is it really as dangerous as some would lead us to believe, and is there a safe and effective way to remove the residue without stripping away the nutrients? 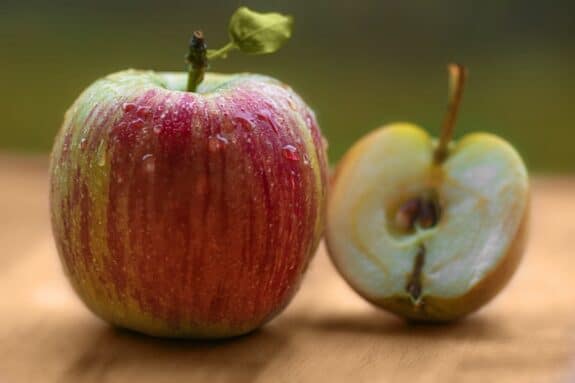 Researchers from the University of Massachusetts, Amherst wanted to see just how effective the bleach cleaning solutions used by commercial food growers was at removing residual pesticides in our fruits and vegetables. They also wanted to see if they could pinpoint the most effective method that consumers can use to remove pesticides from their produce. What they learned may shock you.

“We want to see whether or not the factory level (of washing) is already effective [at removing pesticides,” Lili He, a food scientist and lead author on the study, told CNN.

Published on Wednesday, the study also compared three washing methods – plain tap water, bleach, and baking soda – to determine how well they removed the residues of two specific pesticides: phosmet and thiabendazole. In the end, baking soda won out.

He said that the reason for this is related to the baking soda itself; it degrades the pesticides faster, making it easier to wash them away. However, even this method is not 100 percent effective. This is apparently because thiabendazole is a “systemic” pesticide, meaning that it penetrates through the skin and into the flesh of the fruit or vegetable. Still, He and her team found that baking soda was at least 80 percent effective at removing thiabendazole and over 95 percent effective at removing phosmet. The solution can be made using approximately two cups of water and roughly a teaspoon of baking soda.

The study did not examine vinegar washes, which are also extremely popular among produce buyers. However, Dr. Motoko Mukai, a toxicologist in the Department of Food Science at Cornell University’s College of Agriculture and Life Sciences, who was not involved in the study, says that people should worry less about which wash they use and, instead, simply focus on making sure they use what works best for them.

“It’s not one fit for all,” Mukai said. “It all depends on the chemical properties of the pesticide.”

Blanching, juicing, and other food processing methods can also remove some of the pesticides, but it’s not 100 percent effective either. You can also peel fruit and vegetables to reduce exposure to pesticides, but that depletes the nutrient density of the food you’re consuming. And, when all else is considered, experts say that the benefits of consuming fruits and vegetables far outweighs the “trace” residues. Still, we prefer to be on the safe side. We wash all our fruits and vegetables, buy organic whenever we can, and steer clear of the items that are known to contain the highest pesticide levels. What do you use to wash your fruits and vegetables? Are you considering changing your washing methods after hearing results of the new study? We’d love to hear from you!