Bethenny Frankel and daughter Bryn Hoppy enjoyed the afternoon at a playground in NYC’s West Village on Friday. 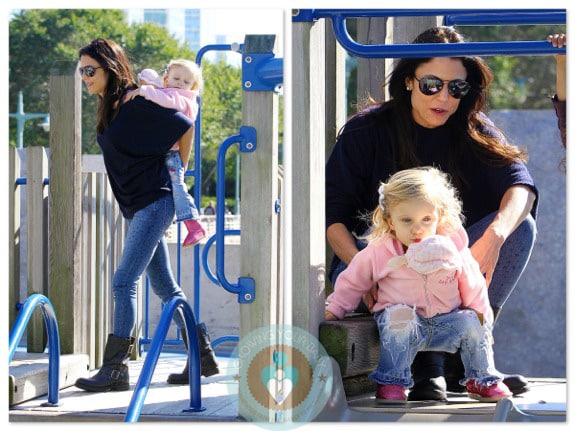 Bryn was super cute in a pair of pink sparkly Uggs, ripped jeans and a fluffy sweater.  Bethenny carried her doll around and then sent it down the slide so the two could be re-united.  Ensuring it didn’t get left behind, Brynn stuffed it down her jacket and continued to play on the climber with her mom. 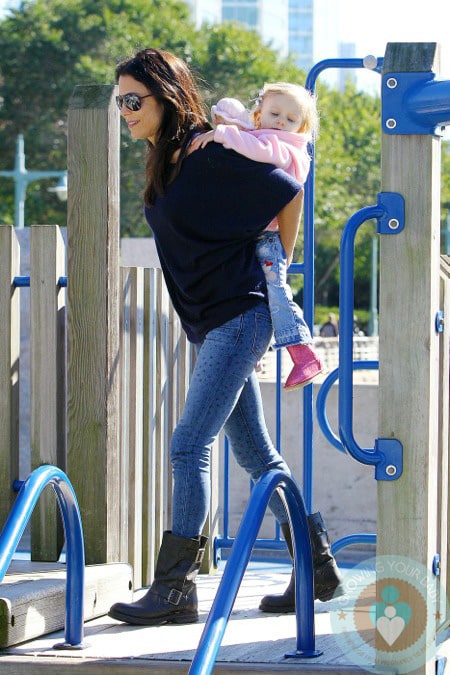 Bethenny recently revealed to Anderson Cooper that she is a bit obsessed with Halloween and that compulsion has spilled over to her daughter.

“I live and die for Halloween. I got Bryn four costumes, including a Minnie Mouse one. I just let her wear them around the house [now]!”

I guess we will have to wait until the big day to see if she chooses one of those or if she picks another one up before then!