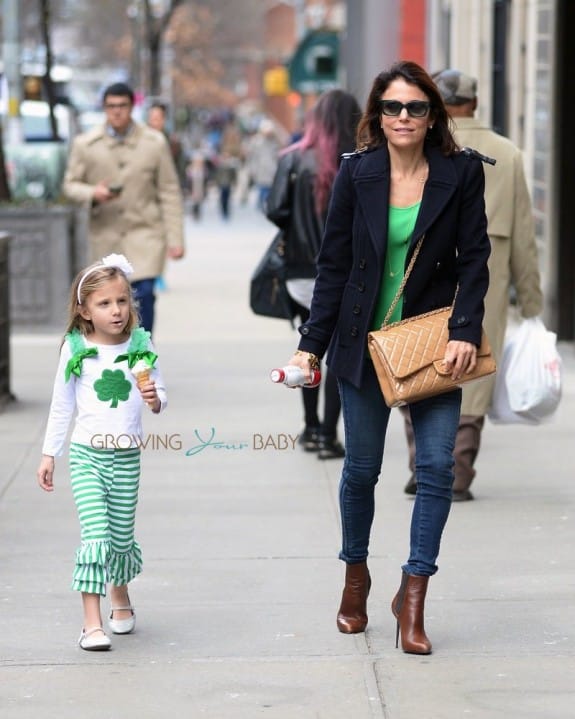 Bryn was the cutest leprechaun in a shamrock shirt and striped capri’s.  Bethenny matched her little lady in a green shirt, which she paired with skinny jeans and a Chanel Bag.

The reality star stopped to grab her daughter some fro-yo before the two made their way home. 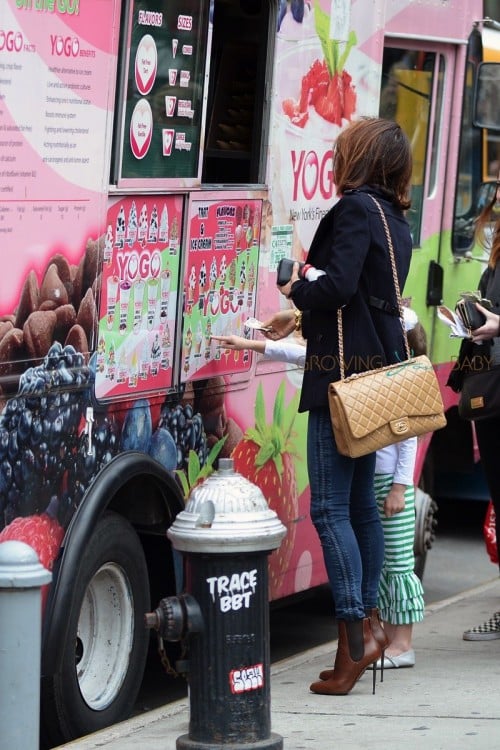 Bethenny is in the middle of filming Season 8 of the Real Housewives of New York City.  During previews for the new season, she revealed that she is battling an illness that hasn’t been disclosed to fans.

Earlier this month she told People, “I’m facing a women’s health issue that many women can relate to.” She added, “I’m dealing with it head on and viewers will understand how I personally deal with matters such as this. I hope women can relate, learn, and support each other in life moments like this.”

Viewers will get more information when Season 8 of RHONY premieres Wednesday, April 6 at 9/8c.