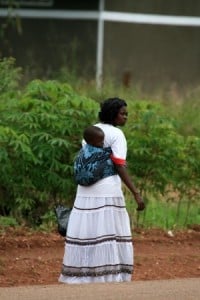 A report published by the Lancet at UNICEF headquarters yesterday shows that of the 3 million babies that die worldwide in the first month of their birth can be saved if quality care is given at the time of birth, with most focus on the vulnerable like preemies and the underserved.

Among children under 5, newborn deaths account for a staggering 44 percent of the total mortality rates. It has also been found that the rate is more than it was in 1990 and is highest among the poorest and most disadvantaged populations of the world.

“We have seen tremendous progress in saving children under five, but where the world has stumbled is with the very youngest, most vulnerable children,” said Dr Mickey Chopra, head of UNICEF’s global health programmes. “This group of children needs attention and resources. Focusing on the crucial period between labour and the first hours of life can exponentially increase the chances of survival for both mother and child.”

UNICEF found that 2.9 million babies died each year within first 28 days of their lives. Another 2.6 million are stillborn and 1.2 million of these deaths occurs because of the baby’s heart stopping during labor. Almost half of mother and child death occur within the first 24 hours of birth and it is believed that this is the time when crucial care is required the most.

The Lancet’s Every Newborn series suggests the most effective ways to ensure that the child’s life is safe in these moments. Breastfeeding, newborn resuscitation; ‘kangaroo care’ for premature babies, preventing and treating infections are some of the most important.

They also say that more funding and adequate equipment are also needed.

The researchers found that countries that have specifically targeted this group of infants and focused their attention in saving them have shown most progress in saving newborn lives. Rwanda – alone among sub-Saharan African countries – halved the number of newborn deaths since 2000.

Other countries that have put their attention in training midwives, and nurses in reaching homes of babies and helping give good care to small or ill babies have shown progress too.

When the researchers surveyed 51 countries that had the highest rate of infant mortality in the world, they found that if the kind of care that was given in some of the richer countries could be provided here, there could be a reduction of 600,000 deaths in a year – a drastic 20 percent fall.

The highest numbers of newborn deaths per year are in South Asia and sub-Saharan Africa, with India (779,000), Nigeria (267,000) and Pakistan (202,400) leading. For these countries, the report says, every $1 invested in a mother’s or baby’s health gives a nine-fold return on investment in social and economic benefit.

The Lancet’s Every Newborn series is co-authored by experts from UNICEF, the London School of Hygiene and Tropical Medicine, and the Agha Khan University, Pakistan, among others.

UNICEF is set to launch the Every Newborn Action Plan next month which aims to end preventable mother and child deaths by 2035.