Home » Beyoncé Steps Out With Her Mom & Baby Blue!

New mom Beyoncé was spotted wearing two-month-old daughter Blue Ivy while out with her mom Tina for a walk in TriBeca on Monday afternoon. 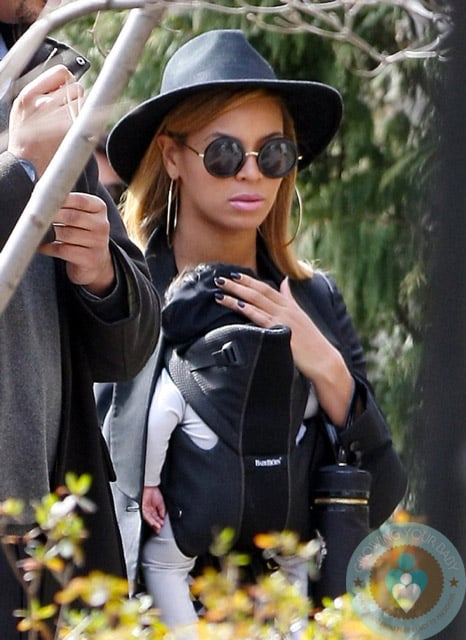 Beyoncé kept the newborn close and shielded her from the cameras in a Baby Bjorn, while carrying a soother, an iPhone and what looks like a bottle bag on her wrist.

‘Two days ago I was in New York and Beyonce and Blue Ivy came over, and I saw her three weeks ago and she’s almost double the size,” he said. “These kids grow so fast.’

‘She has already got fifty per cent growth in three weeks. She is going to be a really tall kid.’

Well, her dad, rap artist Jay Z, is over 6ft tall so grampa might be right! Miss Blue could end up towering over her mom, who is only 5’6″.