It’s a sensitive and common argument—where the line should be drawn between women’s rights and unborn child rights. In Indiana, the legislative committee has just placed a mark in the sand by pushing forward a ban on abortion for reasons of gender or disability. 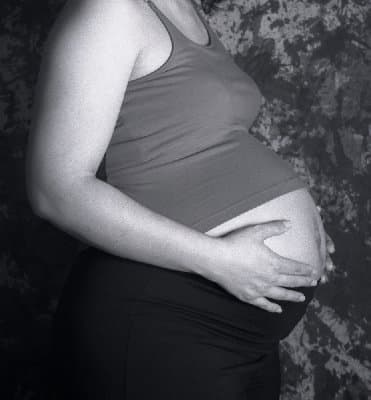 Supporters of the ban say the measure is needed to keep doctors from encouraging mothers to abort when their baby is diagnosed with a developmental disability. And Senator Travis Holdman, R-Markle, bill sponsor and supporter said that unborn children diagnosed with disabilities need protection. To do anything else would send them down a “slippery slope” of judging the value and quality of life.

“Many of these folks have productive adult lives,” he told Chicago Tribune. “I think we need to have a policy of life rather than a policy of extermination.”

Mary O’Callaghan, also a supporter, and the mother of a child with Down Syndrome, said that allowing abortions for fetal disorders would help continue what she views as discrimination of individuals with disabilities.

“Banning abortion due to disability sends a clear message to mothers that their child’s disability is not a death sentence,” she said.

But on the other side of that coin, the opposers of the bill fear that such a ban would have severe consequences, including keeping doctors from discussing all options with women carrying a fetus with developmental disabilities.

Victoria Barrett, a Ball State University English professor, feels the ban is a grave mistake and she urged the committee to reject the proposal. She had an abortion after doctors discovered that her fetus had a chromosome disorder that would lead to a malformation of its brain, abdomen, and heart. Later, she gave birth to a healthy baby boy, Finn.

“If state law had forced me to carry my dying daughter until she fell apart inside my womb, to deliver that destroyed body as I delivered my Finn, I would never have risked another pregnancy,” Barrett said. “It would have ruined me and it would have ruined my family.”

In the end, the committee voted to advance the bill to Senate, 7-4. It could be voted on as early as next week, and it would also include a ban on abortions based on fetus gender. They did remove a provision in the bill that would lead to felony charges against anyone who performed a banned abortion, however. And another bill that was approved by the committee on Wednesday that would place tighter restrictions on a Planned Parenthood clinic in Lafayette that performs only drug-induced abortions was tossed out after a judge found it violated the law of equal protection rights for physicians.