Emily Kaye Medema was born on January 11th 2005 at only 25 weeks weighing a mere 327 grams! At the time of birth, the reason for her early arrival was not known. This is the case for most of us preemie moms.

Shortly after birth Emily was sent straight to the NICU and was not allowed to come out of her isolette for a week because of how of her size. When the nurse was finally able to take her out to be weighed she was so small at 11.7 ounces and 10 inches long they gave her parents a 5% chance of survival.

Although Emily arrived at 25 weeks she was more the size of a 22-week old baby. Her parents and doctors believe her feistiness probably contributed to her being able to survive being so tiny. 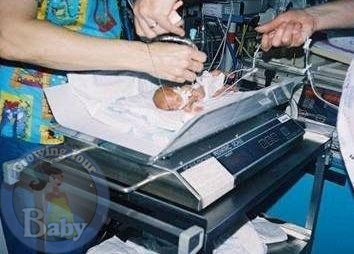 At a month old Emily developed Necrotizing Enterocolitis (NEC) – A serious condition that involves inflammation, infection, and destruction of the bowel or parts of the bowel which can, in some cases, lead to death. This condition primarily affects premature infants. She was then transported to the area children’s hospital to have surgery done.

We got there to find the doctors fighting amongst themselves as they did not want to do the surgery because her chances of surviving the surgery were only at 3%. I looked at them and said, “if you don’t do the surgery her chances are 0% I would take that three percent over zero any day.”

By the time doctors got to the infection it was so bad her intestine had liquefied. When the surgery was finally complete they were just flabbergasted because this little 11.7 ounces miracle made it through with flying colors and with no complications at all. Today, she has a colostomy-a surgical operation that creates an opening from the colon to the surface of the body to function as an anus.

Emily spent about a month at the Children’s hospital and then was transferred back to the hospital she was born at where she stayed until she was sent back once again to have more surgery. This time she had two hernias that needed to be taken care of and needed the resection of her intestine done.

The one thing Emily did not have, and everyone was truly amazed with – was a brain bleed, which they were thankful for!

She is truly a very Amazing little girl. No matter what was thrown in her path she fought it with all she had.

After spending a total of 137 days in the NICU, Emily was released home on oxygen and a heart monitor. She is still on Oxygen 24 hours a day due to her Chronic Lung Disease.

As for lasting effects, Emily had ROP “Retinopathy of prematurity”-an abnormal growth of blood vessels in the developing eye that can lead to problems with vision or a loss of vision. Amazingly, it has actually reversed on its own, however, she is showing signs of nearsightedness. 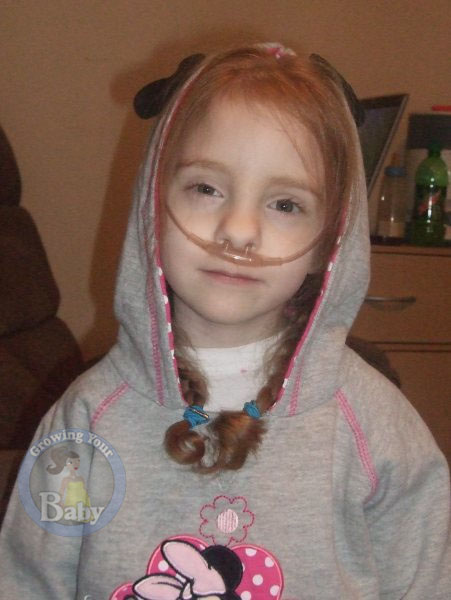 Because she on a ventilator for so long after birth, Emily has Chronic Lung Disease(CLD), inflammation and scarring in the lungs. Doctors had hoped she would grow out of this by the time she was 6 months, but she is now 5 years old and still in need of help breathing. As she gets bigger her lungs will grow new tissue, which should help them get stronger. Also associated with her CLD is Pulmonary Hypertension- Abnormally high blood pressure in the arteries of the lungs. For Emily this will also improve as her lungs grow stronger.

Additionally, Emily was also born with an atrial septal defect which is an abnormal opening between the left and right atria of the heart. She still has this heart defect and they cannot close it until her other medical issues associated with her CLD and PH get better.

At 5 years old, this amazing little girl weighs only 26.5lbs and is considered to have a growth failure called Failure to Thrive (FTT). To help with this she has a g-tube (a feeding tube) to give her extra nutrition. The doctors have said she may be small for the rest of her life.

As well as having Emily in 05′, mom had a stillbirth back in 2002 and another micro preemie in 2008 who will be featured this week as well!

I asked for one piece of advice and this is what she said:

Don’t ever be afraid to ask all the questions in the world. If you don’t understand what they are telling you’re tell them to explain in terms you can understand. Doctors tend to forget we are not medical personal and we don’t understand all their medical language.

I also asked mom to describe Emily in one word and she said “MIRACLE” and we agree! – Shannon, Staff Writer