Home » Born with Half a Heart Boy Beats the Odds 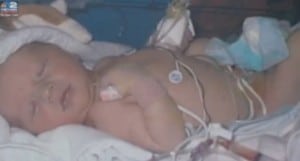 When Siobahn Pawelczyk first saw her newborn, she felt the same kind of exhilaration as felt by other first time mothers. But only a few minutes after his birth Joseph a seemingly healthy eight pound baby turned a bit blue. Pediatricians found out that he had been born with half a heart.

Joseph had been born with a condition called hypoplastic left heart syndrome or with a non- existent left side of his heart.

Siobahn said, “They came to tell us that the prognosis wasn’t good. He had something called hypoplastic left heart syndrome. Something, we’d never heard of.” 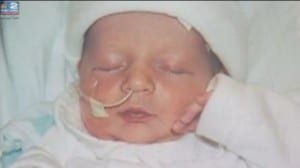 The new mother was given further devastating news.

“Most children with this do not fare very well and we were actually told that we were going to lose Joseph that day he was born.”

But six years later, baby Joseph has undergone numerous surgeries and defied all odds to survive. His mom says it was all possible because of medical technology and lots of love and prayer. 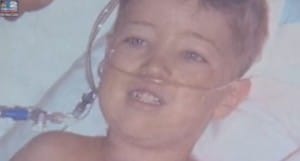 The family remained optimistic and moved from Buffalo, NY to Rochester where Joseph needed treatment at the Golisan’s Children’s Hospital at Strong Memorial. Cardiologist suggested that the baby needed a three-stage surgery to survive.

Joseph was operated on for an open heart surgery at six days old and then again as a six month old and a four year old. Continuously in and out of the hospital, the little boy braved all medical treatments and complicated surgeries and is a healthy six year old today. He is also big brother to three other siblings.

Siobahn says, “He is as fixed as he can be. Nobody can tell us what the future might bring, we are just hoping he stays as healthy as he is now.” 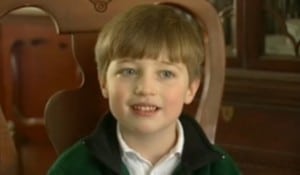 She has started a local support group for families who have children born with heart defects called Mended Little Hearts.

“I want people to know that getting a heart defect diagnosis in your child is not the end of the world. There are surgical options and a lot of interventions and a lot of families that can help and want to help.”