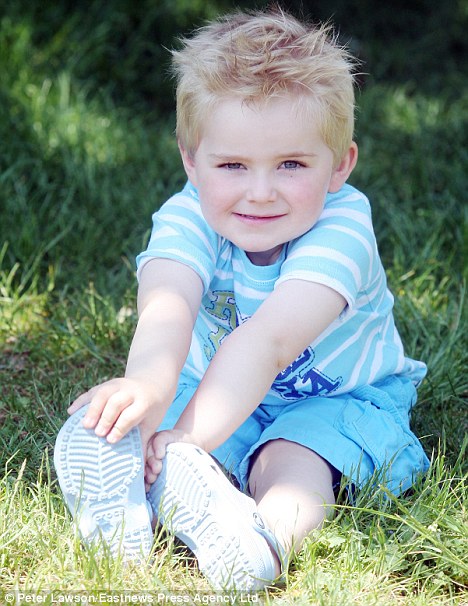 Popular slip-on shoes ‘Crocs’ are often on the receiving end of bad press for being unsafe and unfashionable. But today a UK mom is singing their praise after the foam shoes saved her son’s life.

Harley Sutton-Dormer was in a swimming pool changing room with his mom when he picked up a faulty hairdryer, which sent a bolt of electricity from his arm down his body.

Even though the little boy suffered burns from the shock doctors believe his plastic shoes acted as insulators and saved his life by stopping the electricity from going through his legs and coming out of his feet.

‘A bright blue bolt of electricity went down his arm and shot out his side. It was awful, he was screaming in agony and shaking.

‘The T-shirt and jumper he was wearing are charred and he’s got an exit burn on his side about the size of a 5p piece.

When questioned Mike Baden, Chief executive of Impulse Leisure said that one of the hairdryers was suffering an intermittent fault causing it to stop working so they called an electrician who advised the unit be taken out of use. At the same time the other unit was inspected and found to be in working order. All of the units have now been removed for further expert inspection.

When Danielle Sutton bought these shoes for her son she probably just thought that they would be a comfortable way for him to get around. Instead, they proved to be more. This is definitely one of those small miracles that we are thankful for.