Mark Consuelos and his son Joaquin were all smiles as they stepped out together on Thursday.    The youngest Consuelos was dapper in a leather jacket bomber as he left the family’s Upper East Side mansion. 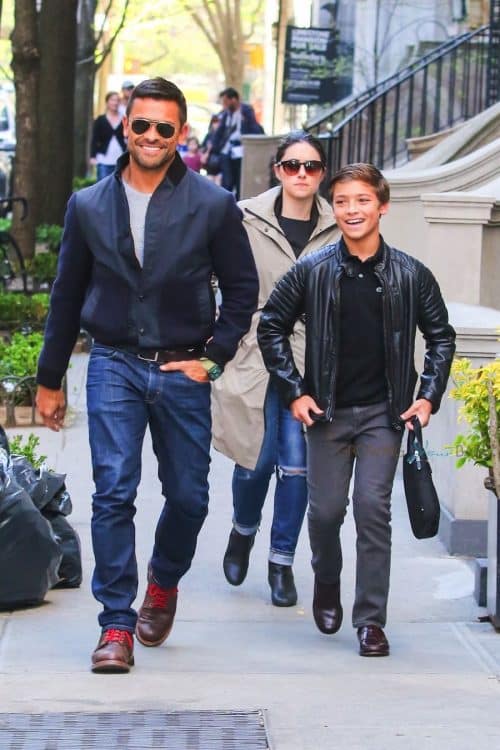 The family has been keeping it low-key following a report that Mark’s wife Kelly is unhappy about being blindsided over co-host Michael Strahan’s departure from their morning show.

Even though she didn’t report to work on Thursday, Kelly was photographed stepping out of her townhome with husband Mark.   The couple is reportedly headed to Turks and Caicos to celebrate their 20th wedding anniversary.

The actress was pretty in a floral printed black dress and heels as she carried a green leather backpack for her flight.  Making a statement without making a statement, she carried the book – David and Goliath: Underdogs, Misfits, and the Art of Battling Giants. 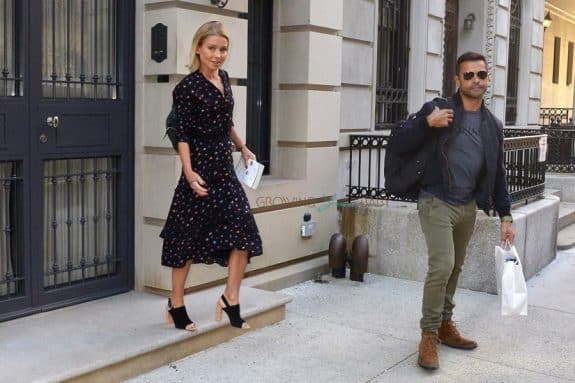 There is now word whether the kids will join the couple on their tropical vacation.  But Kelly is scheduled to be back at work on Monday so we will see if they address the drama or just let it go.